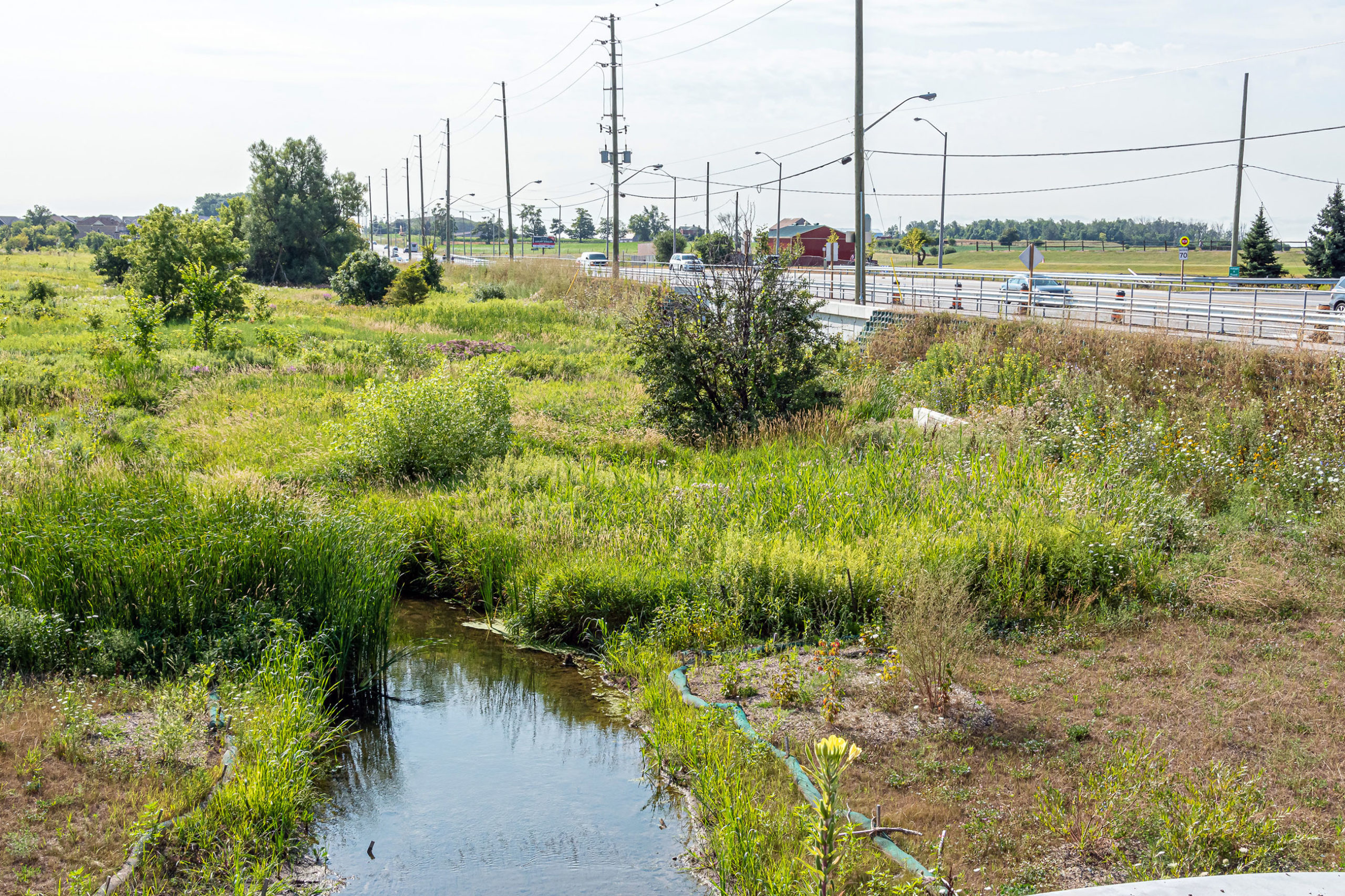 Understanding how an infrastructure project affects a species or habitat is an important consideration, especially when the project could have an impact on an endangered species. This was the case for the Region of Peel when it was widening a portion of Mississauga Road—south of Bovaird Drive in Brampton, Ontario—to accommodate planned future growth, address operational and servicing deficiencies, and make intersection improvements.

“The road runs through a redside dace habitat, which is protected under the Endangered Species Act, so we knew that we needed to take steps to mitigate any impacts that the additional impervious area might cause,” said Samantha Paquette, project manager of infrastructure programming and studies at the Region of Peel.

Reside dace is listed as endangered under the Endangered Species Act because its experienced a significant population decline. The species was once found in 24 watersheds across Ontario but is now found in only 16 watersheds, according to Conservation Halton. One of the potential factors that has contributed to the species’ decline is urban development because stormwater entering streams has not always been handled effectively and this negatively impacts the habitats where the redside dace lives.

Given the potential environmental risks of its road widening project, the Region of Peel started evaluating how low impact development could be incorporated into the design to minimise impacts on the redside dace population in the area.

Once the Region of Peel completed an environmental assessment for the road widening project, it hired a consultant, Aquafor Beech, to prepare the detailed design of the road.

During the initial phases of the project, the Region of Peel considered incorporating bioswales or underground storage to manage the stormwater from the additional impervious surface area that was constructed as a part of the road widening. Ultimately, “the living wall was selected because we were able to reduce the footprint into the floodplain and provide stormwater benefits,” Paquette said. Benefits include cleaning and cooling stormwater before it enters Huttonville Creek.

Stormwater enters the living wall, which is 400-metres in length, through a double chamber manhole. “The first 25 millimetres of rain enters the [low impact development] LID through the first chamber,” Paquette said. “During larger events, stormwater overflows into the second chamber and into the storm sewer network to an oil and grit separator. Once the water filters through the wall, it is discharged through subdrains to the floodplain. It then flows slowly to Huttonville Creek.”

The Region of Peel also reached out to Credit Valley Conservation (CVC) to review the detailed design and document the construction with photos and videos. Once the road widening was complete, CVC helped the Region of Peel prepare standard operating procedures to maintain the living wall exfiltration system and helped train the region’s maintenance staff.

To read the full article, check out the Nov/Dec 2019 issue of Water Canada.