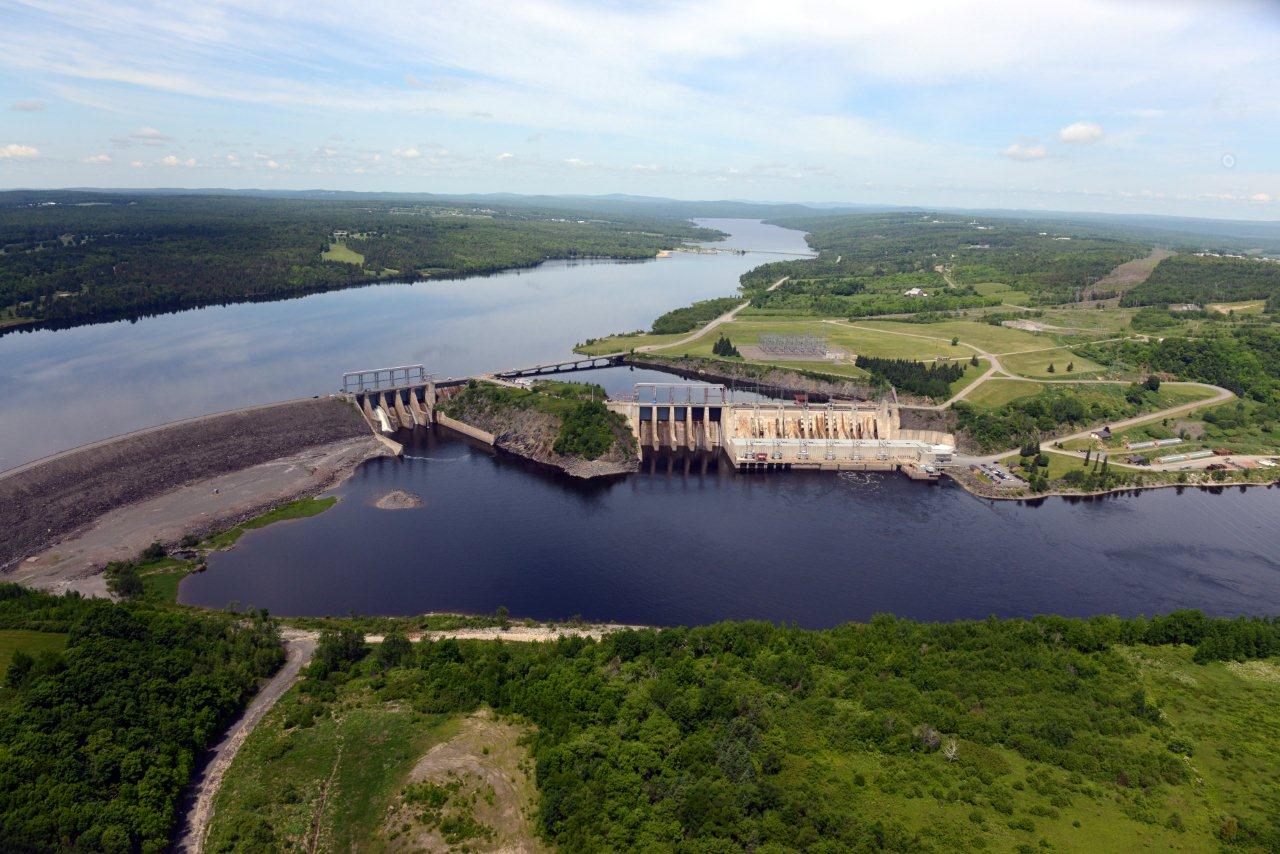 There are tens of thousands of large hydro dams in North America, built in the 1940s and 50s, that are nearing the end of their service lives. Governments and power utilities are faced with big-cost decisions about what to do with these dams in the future.

Should they be rebuilt, refurbished, or decommissioned so the river returns to a natural state? No matter what the decision, it is a mammoth undertaking and usually contentious decision. Decision-makers must consider a wide range of potential economic, environmental, and social outcomes and impacts.

“It’s an emerging field of study, dam renewal and removal,” said Canadian Rivers Institute, science director, Dr. Allen Curry. Curry is the principal investigator of the Mactaquac Aquatic Ecosystem Study (MAES) on the iconic St. John River in New Brunswick. The study was commissioned by the provincial energy utility, NB Power, to inform the utility’s options for the Mactaquac Generating Station, a 672-megawatt run-of-the-river hydroelectric facility that was built in 1968 and is fast approaching the premature end of its service life.

NB Power engaged the scientists at Canadian Rivers Institute to design a large, multidisciplinary aquatic ecosystem study, making it the first comprehensive study of a large dam renewal or removal project at this scale in the world. Curry and his team at the University of New Brunswick in Fredericton are developing a hub of scientific expertise that can provide energy utilities around the world with the methods, models, and scientific advice they need for infrastructure reviews and future environmental impact assessments. At the same time, the project attracts students from around the world which results in improves science-based decision-making of dam decisions globally. The CRI-developed approach intends to improve the scientific basis for decision making and the accuracy of environmental effects predictions by improving our understanding of the effects of dams in complex river systems.  While this type of approach has not been used before and is not required under existing regulations, the CRI hopes that it can become standard practice in this rapidly growing industry.

“In multiple phases, we are gathering baseline river data related to biodiversity, fish passage, sediment buildup, and modelling changes to flows and consequences to the river ecosystem under a series of options such as removal, rebuild or technological upgrades,” Curry said.

“This comprehensive approach allows us to predict how a river will react and make science-based advice for improving the desired option. That could mean designing and installing more effective fish passage through the reservoir during a rebuild, or predicting the return, or not, of native fish and other species with flow restoration after a removal. “In a lot of ways, we are setting the stage for what’s going to be tens of thousands more of these similar decisions that are going to take place.”

Jeff Duda, a research ecologist with the U.S. Geological Survey’s Western Fisheries Research Centre, said there are more than 80,000 large hydro facilities in the National Inventory of Dams that are nearing the end of their life in the United States alone.

Duda, who also serves on the science advisory board of the MAES project, said the research and expertise being developed in reservoir science at CRI will prove invaluable as more and more utilities are faced with tough, expensive decisions. “As a case study, I absolutely think the studies CRI is doing to determine the potential outcomes of dam renewal at Mactaquac, and the degree that decisions will be informed by the scientific studies, this whole process is very much something that could be used as a guide by other large dam projects worldwide that are having to evaluate what to do with a dam that is approaching the end of its design life,” he said.

After three years of study, Phase One of the MAES project—involving the assessment of the key baseline environmental conditions and description of the environmental challenges and opportunities of the renewal or removal options—is now wrapping up.

NB Power decided in December 2016 to refurbish the existing facility under the newly-added Life Achievement Option, extending its lifespan until 2068. Curry said the refurbishment route was the most complicated of all four options in terms of sustaining a healthy St. John River, noting the St. John is the most diverse fish community on the eastern seaboard, home to 55 species of fish, including at least three invasive species and several species of concern.

He added that it’s exciting for CRI scientists to be at the forefront of this important, emerging field of study, but what’s most exciting for him is the legacy of the expertise being developed through this work at CRI. “While developing the science, we are also developing the specialists who will fill the jobs required to manage utilities’ review processes, conduct impact assessments for regulators, and advise and oversee future removals, rebuilds or constructions,” said Curry. “That’s the really exciting part for me, and that’s the vision behind what CRI is all about: making every river a healthy river, and training the next generation of first-class aquatic scientists who will make it happen.”