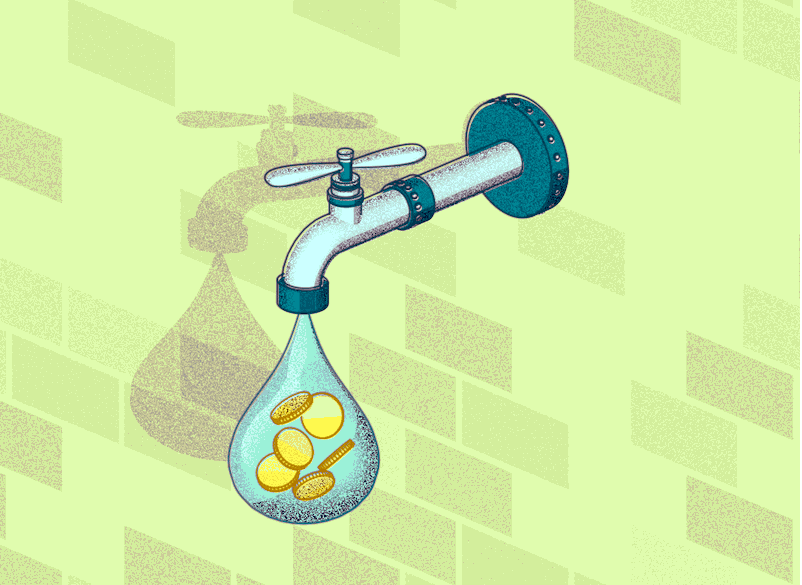 There is a significant opportunity in Canada to catalyze market-based solutions to address water challenges. Canadians are blessed with world-class scientific expertise, an entrepreneurial culture, and globally recognized capital markets. Yet, there is a gap in risk capital used to support innovation-focused businesses from start-up to maturity.

Addressing this gap could put Canada on track to deliver solutions to the important social challenges arising from water resource management, while assuming leadership in the innovation economy. A Canadian embrace of risk capital would translate into high quality jobs, a skilled work force, and economic growth.
Building on successes

Early-stage resource and development companies are similar to water technology start-ups in that both require the convergence of discovery, entrepreneurship, and risk capital to succeed. Yet, for the resource and development sector, the challenges in raising adequate capital were addressed when flow-through shares were introduced through the Income Tax Act approximately 50 years ago.

Flow-through shares are a successful made-in-Canada financial instrument that have enabled the Canadian resources industry to gain access to necessary growth capital. Flow-through shares have also positioned Canada’s capital markets as global leaders in resource finance. This leadership has fostered a constellation of equipment and service providers, technical experts, finance professionals, and legal and professional advisors in Canada.

Many leaders in the business sector agree. Take the Coalition for Action on Innovation—a group of over 50 business and academic leaders in Canada—co-chaired by former Finance Minister John Manley and GlaxoSmithKline CEO Paul Lucas. In their Action Plan for Prosperity, published in October 2010, the Coalition said, “By any measure, the [flow-through shares] program has been a success; it has helped make Canada a global leader in resource financing.” The report recommended extending flow-through shares to the innovation sector as one way of using fiscal stimulus to drive innovation.

The revenue cost to government as a result of these tax credits is more than recouped through a combination of (i) tax paid by the recipients of the qualifying expenditures such as employees, contractors, landlords, etc.; (ii) greater capital gains tax paid by investors as their flow-through shares have a cost of zero for tax purposes; (iii) a reduction in corporate tax loss carry forwards for companies that have renounced expenditures in favour of flow-through investors; and (iv) tax revenues resulting from ongoing employment and the other economic benefits of greater market activity.

There are few private sector studies on the effectiveness of flow-through shares, which is surprising given the program’s endurance and the significant role it has played in growing the Canadian economy. However, two reports published in 1994 and 2013 by the Department of Finance found that flow-through shares, while not guaranteeing successful outcomes, did generate significant incremental spending on mining and petroleum exploration and benefited the economies of several provinces. Companies issued shares at premiums of 18–25 per cent and had issuance costs in line with the market for regular junior equity.

The cost to the government in foregone revenues averaged $440 million between 2007–2012, but this cost was triggered by over $1 billion in expenditures for equipment, salaries, etc. In fact, a 1997 Department of Natural Resource study found that every dollar of flow-through tax credit resulted in $2.60 of exploration spending. The program is very likely cash flow positive to government, while creating new jobs. Viewed this way, the program effectively redistributes money from high net worth investors to job seekers in an important sector, socially and economically.

A recent paper by Vijay Jog of the University of Calgary School of Public Policy found poor investment returns for flow-through investors between 2008–2012 and, from that, concluded that between the investor losses, cost to government, and the potential crowding out of investment in other sectors, flow-through shares do more harm than good. While Jog surmises that poor investor returns imply poor sector performance and misguided government intervention, the evidence indicates the opposite: industry success despite poor investor returns. Poor investment returns are a reflection of the risk profile, which is the rationale for the tax credit support.

A unique opportunity
As we have seen in Silicon Valley, areas where risk capital is available will draw innovators, entrepreneurs, and investors. In turn, these centres will draw new talent, build intellectual capital, and grow a self-reinforcing cluster of high-quality jobs. A recent Bloomberg article reported that the San Francisco, New York, and Boston metropolitan areas account for two-thirds of U.S. venture capital funding. This figure increases to almost three-quarters when you add in Los Angeles.

Extending flow-through shares to Canada’s water technologies sector could open the door to the private sector funding needed to commercialize important discoveries. The government can target how flow-through funding is spent by defining the qualifying expenditures. Because the investment decision rests with the investor who is at risk for one-half of the cash outlay, the investment decision is a disciplined one. This makes it easier for the government to administer and removes the task of picking winners.

We have a unique opportunity to marry a proven, successful financing tool to world-class science and entrepreneurial leadership. Through market innovation, we can accelerate the development of new technologies in areas such as water, where we have a natural advantage.

Rick Sutin is a partner with Norton Rose Fulbright in Toronto. He specializes in business law with a focus on innovators and entrepreneurs.