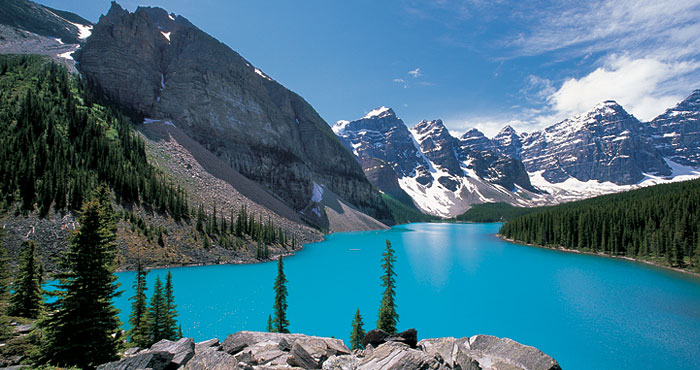 On December 12, just as the last session of 2016 wrapped up, the legislative assembly of Alberta passed a motion to increase the government’s involvement in managing the province’s headwater region.

Banff-Cochrane NDP MLA Cameron Westhead put forward the motion (no. 511) which read, “Be it resolved that the Legislative Assembly urge the Government to increase its efforts to conserve and manage public lands in Alberta’s headwater regions to optimize downstream water security for future generations of Albertans.”

Water from mountains and hills of the Rocky Mountains account for 80 per cent of Alberta’s water. Downstream, Saskatchewan and Manitoba count on it, too.

The Eastern Slopes of the Rockies contain the headwaters of rivers that supply water to the prairie provinces and Northwest Territories. Protecting the Eastern Slopes of the Rocky Mountains is crucial for preserving water quality and quantity. For example, 90 percent of the water in the South Saskatchewan River Basin comes from the foothills watersheds, which make up only 12 percent of the area of the river basin.

“I’ve been a registered nurse for 12 years, and learned long ago that access to abundant, fresh water is a prerequisite for a healthy population,” Cameron told Water Canada. “Now as the MLA representing one of western Canada’s most important watersheds, I’ve learned that water is also essential to our economy. The rivers where we draw our water from are products of their watersheds, therefore land-use management equates to water management. To ensure our water future is secure—especially with a changing climate—we must ensure land-use decisions have water as the primary consideration.”

He said that, following the motion’s passage in the legislature, Minister of Environment & Parks Shannon Phillips approved a multi-year grant totalling $925,000 to the Land Stewardship Centre to help protect Alberta’s water resources, as well as $14 million to the Watershed Resiliency and Restoration Program. “Minister Phillips and I will continue to work closely together to ensure Alberta’s land, air, and water remain clean and abundant into the future,” he said.

During a January 3 interview on AM 630 News Westhead said, “We need to make sure that recreation in our headwaters is done in a sustainable way […] so that is the kind of thing that I would like to see come out of this motion.”

“I want people 100 years from now to look back and see that we took water security seriously in Alberta,” he said. “We need to make sure we are thinking very far ahead with what we will be experiencing due to climate change.”

Westhead thanked Drs. Bob Sanford and John Pomeroy for their contributions to the research that went into the motion.