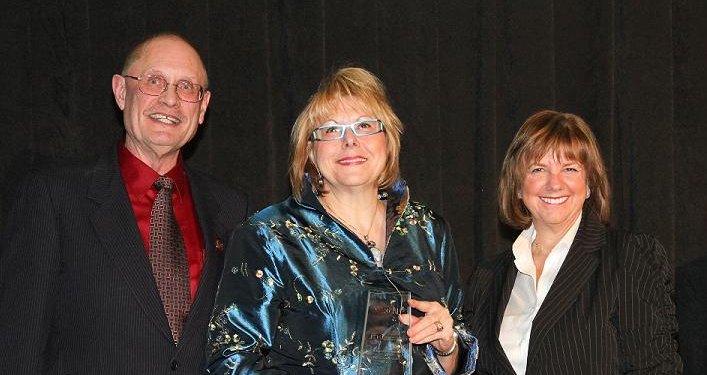 “This year’s award winners are prime examples of the type of environmental leadership communities are showing on the front lines of sustainable development in Canada,” said Hans Cunningham, president of FCM and director of the Regional District of Central Kootenay, B.C. “Municipalities are where the rubber hits the road on sustainable development and climate change.”

“This year’s award winners show how municipalities can successfully innovate, develop and implement sustainable initiatives by mobilizing city council, municipal civil services, municipal partners, and the community to foster change,” added Karen Leibovici, chair of the GMF Council, second vice-president of FCM and councillor for the City of Edmonton, Alberta.

Videos of each award-winning project will be presented at the FCM Annual Conference and Municipal Expo, to be held in Halifax, Nova Scotia, June 3-6, 2011.

Winner: Town of Olds, Alberta and Waste Not Ltd.

The Town of Olds’ wastewater treatment plant was almost 30 years old and serving a population of 7,500 when trouble began—the facility was at capacity and posed an environmental hazard to receiving waters. Plans to upgrade and expand the plant were put on hold in 2006 when the Province announced plans for a regional wastewater system. The new system involved piping the town’s wastewater to Red Deer for treatment. This left the town with limited funding for upgrades and rendered its poorly functioning plant non-compliant with provincial regulations on effluent quantity and quality. The town needed a non-infrastructure solution to respond to ministerial requests to meet provincial regulations.

Guided by its sustainable community plan, the town decided to implement an innovative approach in which a bacterial treatment is injected into the wastewater pipes before wastewater reaches the treatment plant. The Canadian agent for the American-designed In-Pipe® treatment system managed the town’s conversion to this pre-treatment model, with no capital spending and no extra energy costs for the town. The initiative resulted in better-than-ever compliance with provincial requirements.

Residents of the small seaside community of Victoria, P.E.I., had always relied on private holding tanks and septic systems to handle sewage but, by the 21st century, failing septic systems were discharging effluent not only into the soil, but also into the groundwater and into Victoria Harbour. No new building permits could be issued, economic expansion was impossible, and residents were starting to leave the village. Victoria needed an affordable, sustainable and environmentally responsible solution to its sewage problem.

With the unanimous support of its residents, the village developed an integrated water and wastewater plan. After extensive research and community consultation, the village selected a land-based effluent dispersal (LBED) system that makes use of new technologies for sewage collection, treatment, and effluent dispersal. The village’s utility installed septic tanks on every lot and connected them to pods in a central packed-bed filter system where wastewater is treated before being sent to the land-based dispersal site outside of the village. To encourage water conservation, the utility introduced water meters and a pay-per-use billing system. It also offered a rebate to customers willing to install low-flow toilets.