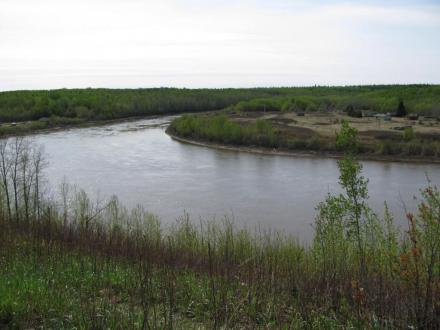 Completed ahead of schedule and on budget, this project was funded in part by Canada’s Economic Action Plan (CEAP), which made an investment of $12 million.

The water treatment plant has advanced water filtering technology called membrane filtration and ultraviolet technology that will ensure the system meets the latest water quality protocols. It was designed by ISL Engineering and Land Services and built by SKMG Construction, with local labour and equipment provided by the First Nation.

“On behalf of the Dene Tha’ First Nation, in particular the residents of Chateh, the council and staff, I am pleased with the successful completion of the new water treatment plant,” said Chief James Ahnassay. “Our sincere gratitude goes to the Government of Canada, ISL Engineering Group, SKMG Construction, the Dene Tha’ Governance and Management team, the community of Chateh and all those who have provided their time and effort to this project.”

By the end of 2013, the Government of Canada will have invested a total of $2.5 billion in water and wastewater infrastructure for First Nation communities since 2006. These investments have been made through the Capital Facilities and Maintenance Program, First Nations Water and Wastewater Action Plan (FNWWAP), and CEAP.

Dene Tha’ First Nation, situated 812 kilometres northwest of Edmonton, has an on-reserve population of 1,900 in three communities: Bushe River, Meander River and Chateh, the location of the plant.