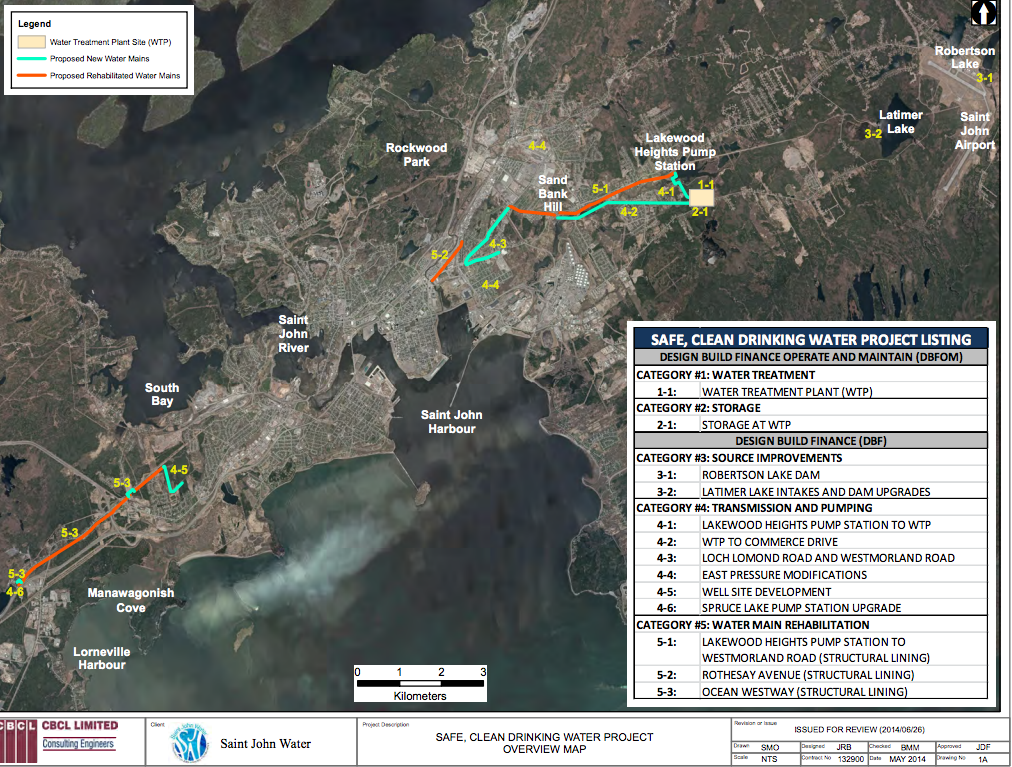 The City of Saint John, New Brunswick has announced that it will proceed with a public-private-partnerships (P3) plan to overhaul its aging water system, totalling an estimated $216 million.

Mayor Mel Norton said that it is the biggest municipal infrastructure project in the city’s history.

The project will feature upgrades to the Spruce Lake Water Treatment Plant to a capacity for 75 million litres per day and storage capacity of 33 million liters, along with the construction or replacement of 20 kilometres of piping.

Mayor Nortons said, “Council’s number one priority will ensure Saint John Water customers are provided with drinking water that will meet federal and provincial water standards for many years to come.”

“The P3 model has allowed our council to obtain a drinking water treatment solution that will save substantial construction costs and as result provide our resident with much more affordable water rates than under a traditional procurement process. In addition, the risk of cost overruns has been avoided and the time for construction completion is approximately half the time of a traditional process,”  he said.

The city has some of the country’s oldest water infrastructure, including cast-iron pipes that were installed 150 years ago. The project is expected to take almost three years to complete, with construction beginning this spring.