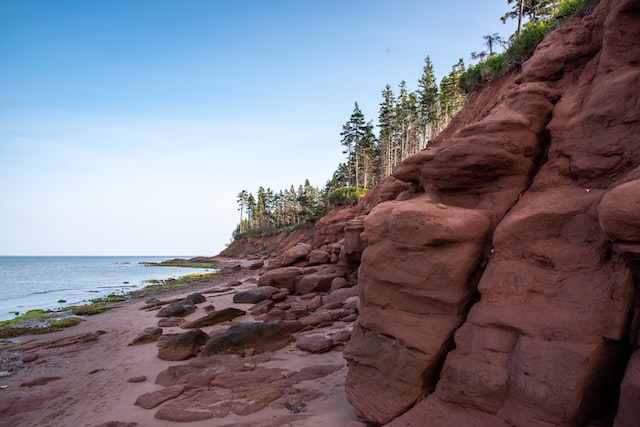 Charlottetown, PEI – Canada’s wildlife and its habitat are in crisis. The future of all living things depends on actions taken now. Efforts to protect biodiversity and habitat for species at risk are vital to the health of the planet, and are a priority for the Government of Canada.

Heath MacDonald, Member of Parliament for Malpeque, on behalf of the Honourable Steven Guilbeault, Minister of Environment and Climate Change, has announced more than $27.5 million in funding through the Enhanced Nature Legacy – Priority Places for Species at Risk initiative. This funding will support 67 projects across Canada in 11 Priority Places for Species at Risk over four years.

Prince Edward Island is home to the PEI Forested Landscape Priority Place. The PEI forested landscape is an area that is high in biodiversity and is a habitat for species at risk. In 2022, three projects totalling up to $2.75 million of funding over four years were approved or renewed to support the continued implementation of conservation actions in the PEI Forested Landscape Priority Place.

This amount includes $600,000 for Island Nature Trust to work with landowners of forested wetlands, and riparian, upland and coastal forests in PEI to identify and protect forest habitat for species at risk. This habitat is known to support 13 species at risk, including the little brown and northern myotis bat species and the Canada warbler. The PEI Department of Environment, Energy and Climate Action and the Abegweit Conservation Society will also receive continued funding to support existing projects in the PEI Forested Landscape Priority Place.

This is just one of the measures the Government of Canada is taking to protect nature as it prepares to welcome the world to Montréal from December 7 to 19, 2022, for the 15th Conference of the Parties to the United Nations Convention on Biological Diversity (COP15). COP15 presents an opportunity for Canada to demonstrate its leadership in taking action to conserve nature and halt biodiversity loss around the world.

“Prince Edward Island has diverse wildlife and a vibrant natural landscape. It is vital that we protect and preserve it for generations to come. Today, we’re investing in these efforts to help protect and recover forest habitats that species at risk call home to ensure their survival and help ecosystems thrive.” – Heath MacDonald, Member of Parliament for Malpeque

“As we face the twin crises of rapid biodiversity loss and climate change, efforts to conserve and restore nature are incredibly important. The Priority Places for Species at Risk funding helps enable these efforts in communities across the country.” – The Honourable Steven Guilbeault, Minister of Environment and Climate Change

“With the effects of biodiversity loss and climate change now plain for all to see, we are supportive of the Government of Canada’s meaningful stance on protecting biodiversity and habitat for species at risk. On PEI, this funding will mean that Island Nature Trust can provide resources and support to private landowners looking to protect their own land, while enhancing the Trust’s potential to acquire and protect ecologically sensitive land for the benefit of both Islanders and wildlife.” – Bianca McGregor, Executive Director for Island Nature Trust

Greywater Dumping In Arctic Waters Set to Double By 2035