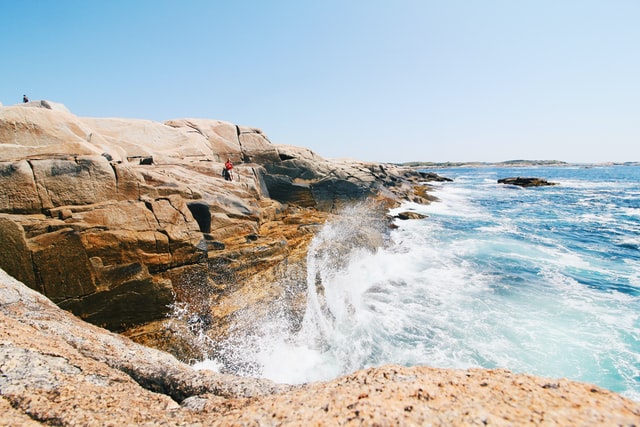 Inuvik, NT – Oceans are vital to the livelihoods of communities across Canada. We’ve made tremendous strides in protecting our oceans by working in collaboration with Indigenous partners, provinces, territories, industry and other marine stakeholders. Since 2015, Canada has increased protection of its marine and coastal areas from less than one percent to over 14 percent.

On July 8, on Western Arctic Oceans Day, the Minister of Fisheries, Oceans and the Canadian Coast Guard, the Honourable Joyce Murray, announced $7.46 million over four years to support co-management activities with the Inuvialuit for both the Tarium Niryutait and Anguniaqvia niqiqyuam Marine Protected Areas (MPAs) in the Inuvialuit Settlement Region (ISR). This funding will support employment opportunities in all the communities associated with the MPAs.

Western Arctic Oceans Day is an annual celebration co-hosted by the Department of Fisheries and Oceans and the Inuvialuit Regional Corporation. The celebration rotates through the six communities of the ISR. This day is an opportunity to celebrate the unique ties that northern Indigenous communities have with the waterways of their traditional territories.

The Government of Canada is working to conserve 25 per cent of Canada’s oceans by 2025 and 30 per cent by 2030. Marine conservation is an effective nature-based solution that will help stem the tide of global biodiversity loss and mitigate impacts due to climate change.

“On Western Arctic Oceans Day, it is so fitting that we are celebrating our partnership with the Inuvialuit. Inuit were the first stewards of Arctic lands and waters, and their knowledge and leadership is critical to protecting them today. The Government of Canada understands it is only with the engagement of Indigenous partners across Canada, that we will be able to better protect marine ecosystems, combat climate change, and build a stronger, more sustainable blue economy.” – The Honourable Joyce Murray, Minister of Fisheries, Oceans and the Canadian Coast Guard