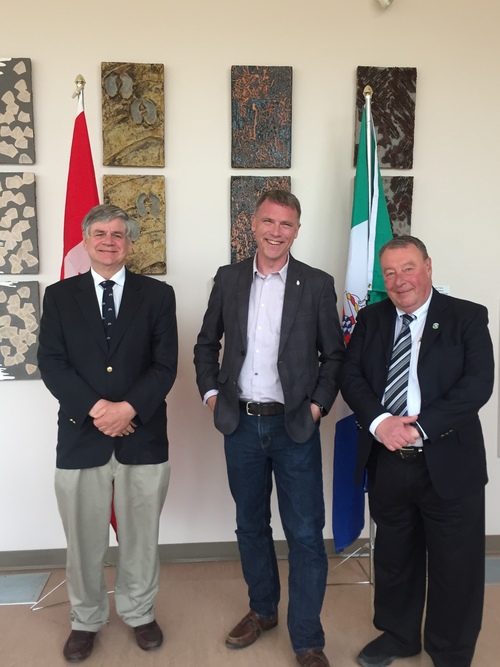 Today, the governments of Canada and Yukon have announced an investment of up to $6,150,000 in Yukon’s water systems.

“The foundation of a healthy, sustainable community is clean drinking water and effective sewage treatment facilities. We are pleased the Government of Canada is partnering with us in building water and sewer infrastructure to improve the lives of Haines Junction residents,” said Minister Streicker.

The investment is part of an agreement between Canada and Yukon for the Clean Water and Wastewater Fund reached in July 2016, which represents $52,280,275 in federal funding.

Haines Junction lagoon upgrades will cost approximately $4,641,000 with a total federal contribution of $3,480,750. Under the Small Communities Fund, the Haines Junction Lift Station Replacement will receive $2,557,500 in federal funding towards a total eligible cost of $3,410,000. Construction has started on the lift station. Work on the lagoon was expected to begin in May of this year.

Method Proposed for Closing the Data Gap on How Cities Manage...