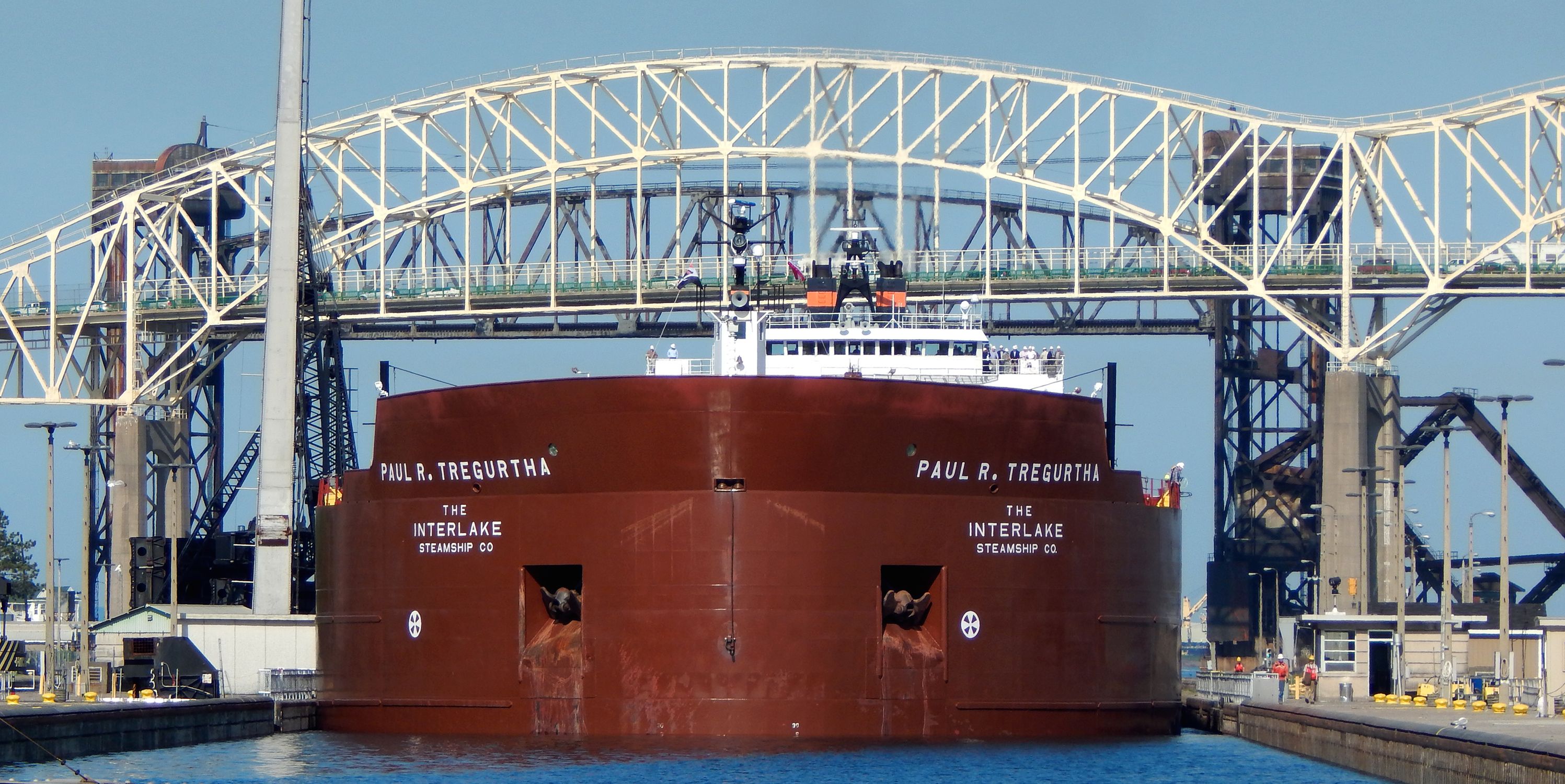 The Great Waters Research Collaborative (GWRC), a project of the University of Wisconsin-Superior’s Lake Superior Research Institute (LSRI), released results of a study on non-indigenous species of plankton in ballast discharges from U.S. and Canadian lakers to western Lake Superior.

Operators of the lakers proposed the study as a means of complying with Minnesota Pollution Control Agency ballast water permitting requirements and approached GWRC to undertake the scientific research. The U.S. Environmental Protection Agency paid for the study via the U.S. Maritime Administration portion of the Great Lakes Restoration Initiative (GLRI).

“We are grateful to the U.S. and Canadian laker industry for facilitating this study. Their willingness to support this research demonstrates their strong commitment to the health of the Great Lakes. The chances that any of the organisms we detected in this study could survive, establish, and harm Lake Superior are unknown, and may be negligible,” said Allegra Cangelosi, LSRI senior scientist, and principal investigator of the study. “The results nonetheless support greater research emphasis on identifying and validating performance of new ballast water management alternatives for lakers, as well as better understanding the risks of ballast-mediated transfers of organisms within the Great Lakes.”

The study documented five species of non-indigenous zooplankton not yet established in western Lake Superior, including Hemimysis anomala (bloody red shrimp), in laker ballast water discharged there. It also detected, in uptake water, a species of zooplankton (Paraleptastacus wilsoni) that had not previously been recorded in the Great Lakes. Some of the species, including this one, live in harbor sediment and may have escaped routine surveillance to date.

“Since 1993, with the discovery of the Eurasian ruffe in western Lake Superior and continuing with the discovery of viral hemorrhagic septicemia in Lake St. Clair in 2003, the U.S.-flag fleet has actively engaged in voluntary management practices that have helped stop or slow the spread of non-indigenous aquatic species throughout the lakes,” said Thomas Rayburn with the U.S.-based Lake Carriers’ Association.

Ballast water samples were microscopically analyzed for any non-indigenous species of aquatic organisms not yet detected in western Lake Superior waters. Special emphasis was placed on detections of Hemimysis anomala, which until the summer of 2017 when a single specimen was found, had not previously been detected in western Lake Superior. A genetic detection probe targeted to Hemimysis anomala was used to analyze source and receiving water for presence/absence of its environmental DNA.

“Canadian shipowners have invested $1.5 million in a Ballast Water Research and Technology Fund to expand research and find technical solutions that are both operationally and economically feasible for the Canadian domestic fleets that operate within the unique conditions of the Great Lakes and St. Lawrence region,” said Bruce Burrows, president of the Chamber of Marine Commerce.