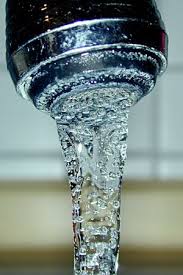 A watermain running from Haslam Lake, British Columbia to a recently built reservoir may cost the city of Powell River as much as $3.5 million to replace.

During a recent city budget committee meeting, it was revealed that a slew of recent breaks contributed to concerns that the watermain is at the end of its life.

Tor Birtig, director of infrastructure for the city, said watermain breaks on Alberta Avenue and Gordon Avenue are a few of the indicators that point to the need for replacement. “Staff completed an asset inventory on all water systems,” he said. “We are starting to see problems with our smaller AC main and we are starting to see a lot of watermain breaks in the system.”

Birtig has been looking at funding sources for the replacement. “We have a few options to pay for the Haslam Lake trunk main replacement,” he said. “We are hoping for partial funding from the Canada Building Fund to cover two thirds, about $2.3 million, and hopefully by that time we will have sufficient money in our reserves to cover the remaining $1.7 million.” This assumption is based on an increase of three per cent to water rate revenues in 2015. “Currently, we are looking at doing the upgrade in the fall of 2017 when there are lower flows.”

Additional piping will be required if the city is to use Powell Lake as a backup supply while work is being done.