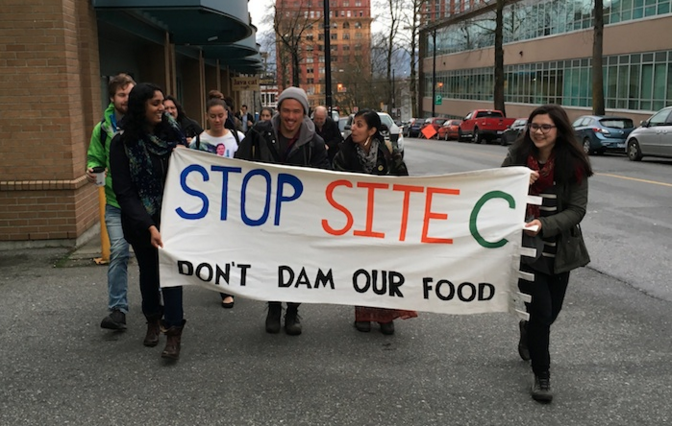 Justice G. Bruce Butler of the B.C. Supreme Court ruled Monday that it is “contrary to the public interest” to allow protestors to shut down work at the Site C dam, The Canadian Press reported. Both the provincial and federal governments have already approved the dam.

“The rule of law requires that when the processes have been followed and been completed, as they have in this case, those who have been granted the rights must be permitted to proceed,” Butler said in his judgement. “Protesters have no right to prevent (BC Hydro) from proceeding with the project.”

The injunction, applied for in January, went into effect on Tuesday at midnight, but it gave RCMP discretion for when and how to remove protesters. Some Site C protesters who’ve been delaying dam construction have already started to pack up camp.

Although many protestors have been at Site C for months, work has continued in areas that weren’t occupied by demonstrators. However, with the protestors leaving, site-clearing by BC Hydro contractors can start southwest of Fort York.

Yvonne Tupper of the Saulteau First Nation said outside court that BC Hydro is violating Treaty 8 Tribal Association’s rights and that the project should be put on hold while legal challenges make their way through the courts, The Canadian Press reported.

In January, David Suzuki and the grand chief of the Union of B.C. Indian Chiefs, Stewart Phillip visited Site C and publicly gave their support for the demonstrators. Last month Chief Phillip said they planned to organize rallies, continue with legal challenges and make the dam an important issue in the next provincial election.

The dam will flood out wildlife habitats, agricultural lands and First Nations archeological sites. However, the project is expected to create thousands of jobs for the province and meet long term energy needs, providing clean and renewable electricity.

According to the Joint Review Panel, which was appointed to review the dam’s impact on water, Site C will make small changes to the hydrology of the Peace River, pose risk to existing infrastructure in Alberta and cause risk of acid generation and metal leaching from construction activities.