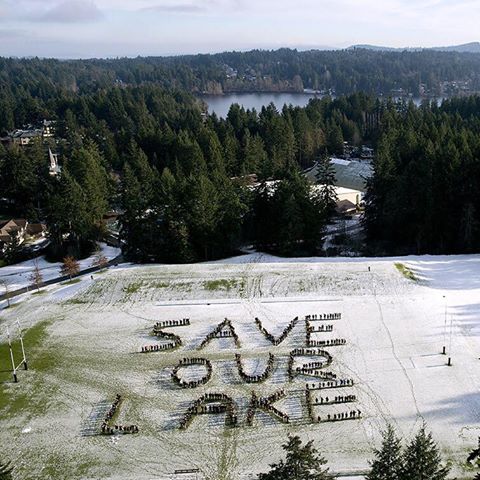 Victoria city councillor Jeremy Loveday has submitted a motion calling on the British Columbia government revoke a permit to allow five million tons of contaminated soil and ash to be landfilled in an abandoned quarry land near Shawnigan Lake based on the precautionary principle.

Loveday posted a comment about the motion last week on his Twitter account two days after 500 concerned citizens rallied at a protest at the South Island Resource Management site.

The motion cites significant “conflicting hydrogeological and technical opinions about the risk the facility poses to the natural environment and to people’s drinking water.” It calls on the provincial government to amend the site regulations to provide for “thorough and appropriate consideration of local government input and land use regulations in the contaminated soils permitting process.” The councillor’s action comes after years of daily protests, arrests, and lobbying by Cowichan Tribes, residents of Shawnigan Lake, and the Boards of the Cowichan Valley Regional District and Capital Regional District.

Victoria Mayor, Lisa Helps and Councillor Ben Isitt were co-signatories of the motion.

Earlier this month, Environment Minister Mary Polak issued a statement on her Facebook account, saying “the original ‎decision to grant the permit was made by a ministry statutory decision maker who is a technical expert, independent of any political process…As minister, I must respect the independence of ministry technical experts and ensure that I do not act without appropriate evidence.”

Members of the Shawnigan Residents Association have taken matters in their own hands by inciting a judicial review of the Environmental Appeal Board decision with the British Columbia Supreme Court, starting this week. The focus of their allegations is the admission of new materials, including evidence that Cobble Hill Holdings and the engineering firm it hired to write a technical report had a secret agreement to share profits from the project pending permit approval, demonstrating a conflict of interest in the environmental monitoring and review process.

The British Columbia Environment ministry website states, “the Ministry has no reason to believe there are any issues with the contact water management systems; however, their performance will be fully reviewed by the independent qualified professional as part of the full review of site water management. If the review reveals any inadequacies in the system, the Ministry will take swift action to ensure protection of the environment.”