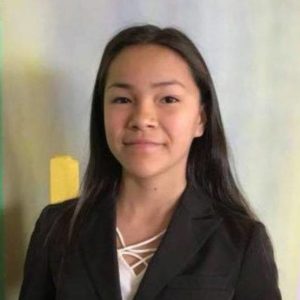 Peltier will be honoured at the Anishinabek Nation Grand Council Assembly in June 2019 in Chippewas of Georgina Island First Nation.

The assembly’s theme – Mndaadendang Nibi Ekeanjigewat (Honouring our Water Protectors) – will give thanks to the previous Anishinabek Nation Chief Water Commissioner, the late Grandmother Josephine Mandamin. The assembly will also celebrate Autumn Peltier, who is the great-niece of Josephine, in her new position.

“Autumn has extensive nibi giikendaaswin (water knowledge),” said Anishinabek Nation Grand Council Chief Glen Hare. “She has been bringing global attention to the water issues in our country for a few years now. It is an honour to have her be our next Chief Water Commissioner.”

Peltier is a 14-year-old youth from Wiikwemkoong Unceded Territory on Manitoulin Island. She has advocated for the water at the United Nation and the Assembly of First Nations.

About the Anishinabek Women’s Water Commission

The Anishinabek Women’s Water Commission was established in 2007. Its mandate is to provide advice for Anishinabek Nation leadership and citizens on water and Great Lakes management issues through dialogue and information exchange. The commission plays a leadership role in raising awareness on all water issues, sharing their traditional knowledge, teachings, and values.

About the Anishinabek Nation