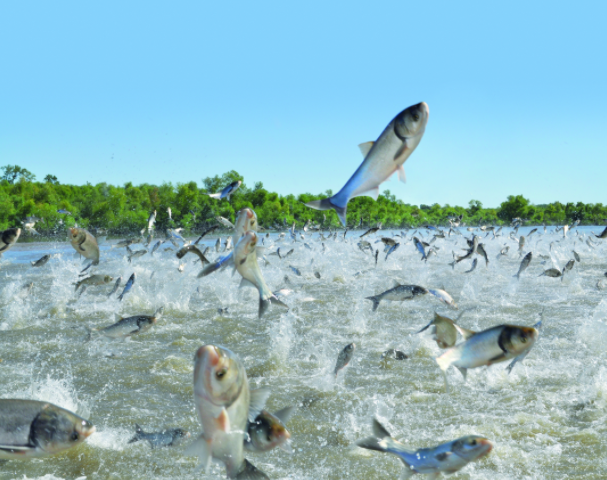 Addressing the threat of Asian carp represents one of the greatest challenges to protecting the Great Lakes and adjacent aquatic ecosystems from aquatic invasive species.

This week, the Asian Carp Regional Coordinating Committee’s (ACRCC) announced the release of its Fiscal Year 2017 Action Plan. The ACRCC is a bi-national group that coordinates the actions of 27 U.S. and Canadian federal, state, provincial, and local agencies and organizations.

The 2017 Action Plan includes 60 high-priority strategic measures designed to prevent the spread of four species of invasive Asian carp in the Great Lakes. Measures include actions such as studies to test the effectiveness of carbon dioxide (CO2) and ozone for use as control technologies, and delivery of eDNA hand-held kits to fish management agencies to aid in early detection.

Developed annually since 2010, the Action Plans, have evolved to incorporate advances in the scientific body of knowledge on Asian carp population status, life history, and risk; and the latest developments in detection, prevention, and control capabilities.

The 2017 Action Plan builds upon prior Asian carp strategies by applying “lessons learned” and using an adaptive management approach.

The full Action Plan report can be downloaded online.