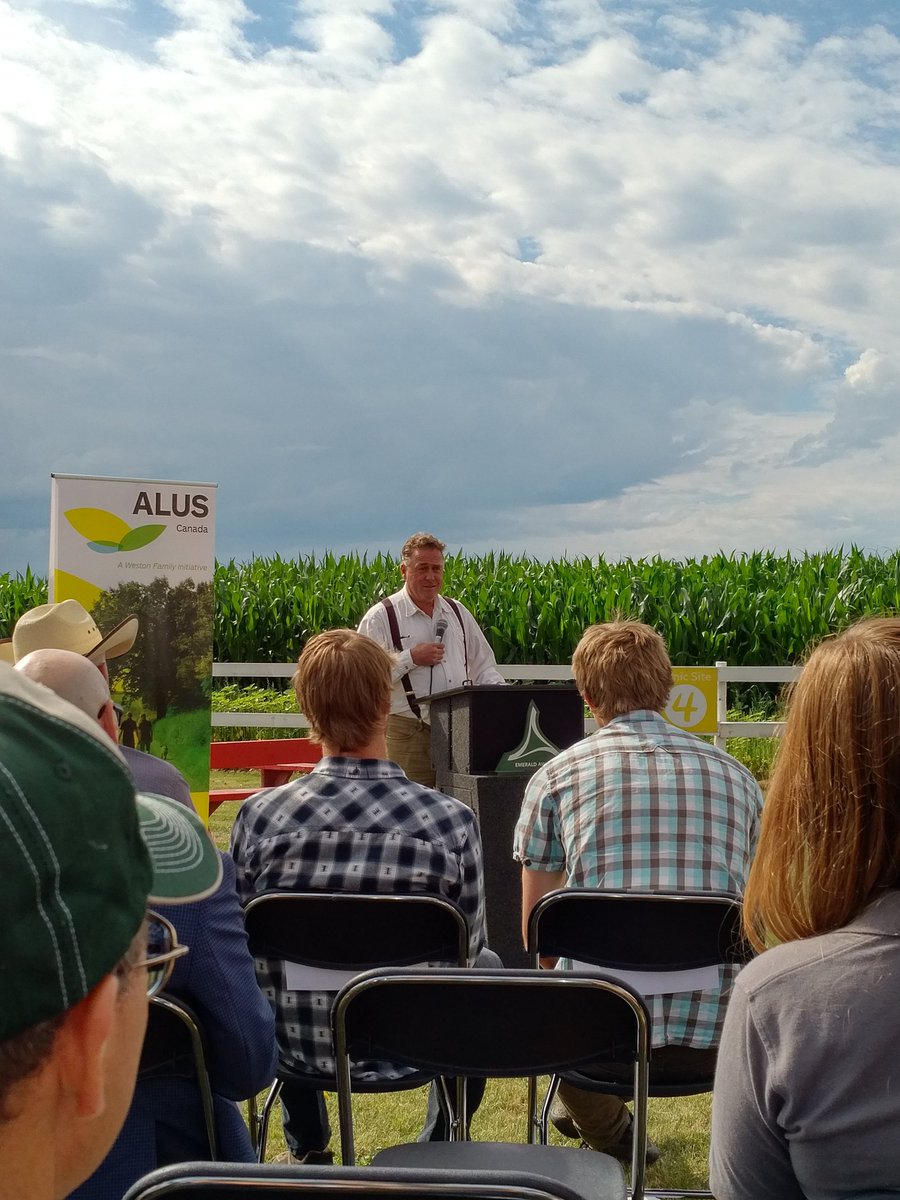 More than 100 people gathered in Edmonton this week for the relaunch of ALUS Canada—a national program that uses a market-based system to fund farmers and ranchers to produce clean air, clean water, pollinator habitat, and other ecosystem services.

Gilvesy unveiled the organization’s new brand and website, alus.ca, at the event.

Guest speakers included the the mayor of Parkland County, Alta., Rod Shaigec, and the reeve of Brazeau County, Bart Guyon.

Guests toured the ALUS project on site, an “eco-buffer” producing habitat for pollinators, birds and beneficial insects, and absorbing nutrients and sediment from the corn field in order to improve water quality in the nearby Wedgewood Creek.

“With the mix of students, neighbours, and folks from the city who visit us, this location provides the perfect opportunity for demonstrating the benefits of an eco-buffer,” said Dan Horneman, the farmer who hosted the event.

The ALUS Canada model was supported by farm leaders as a success that should be supported by government in the recent policy statement that went forward to provincial and federal ministers by the Canadian Federation of Agriculture.