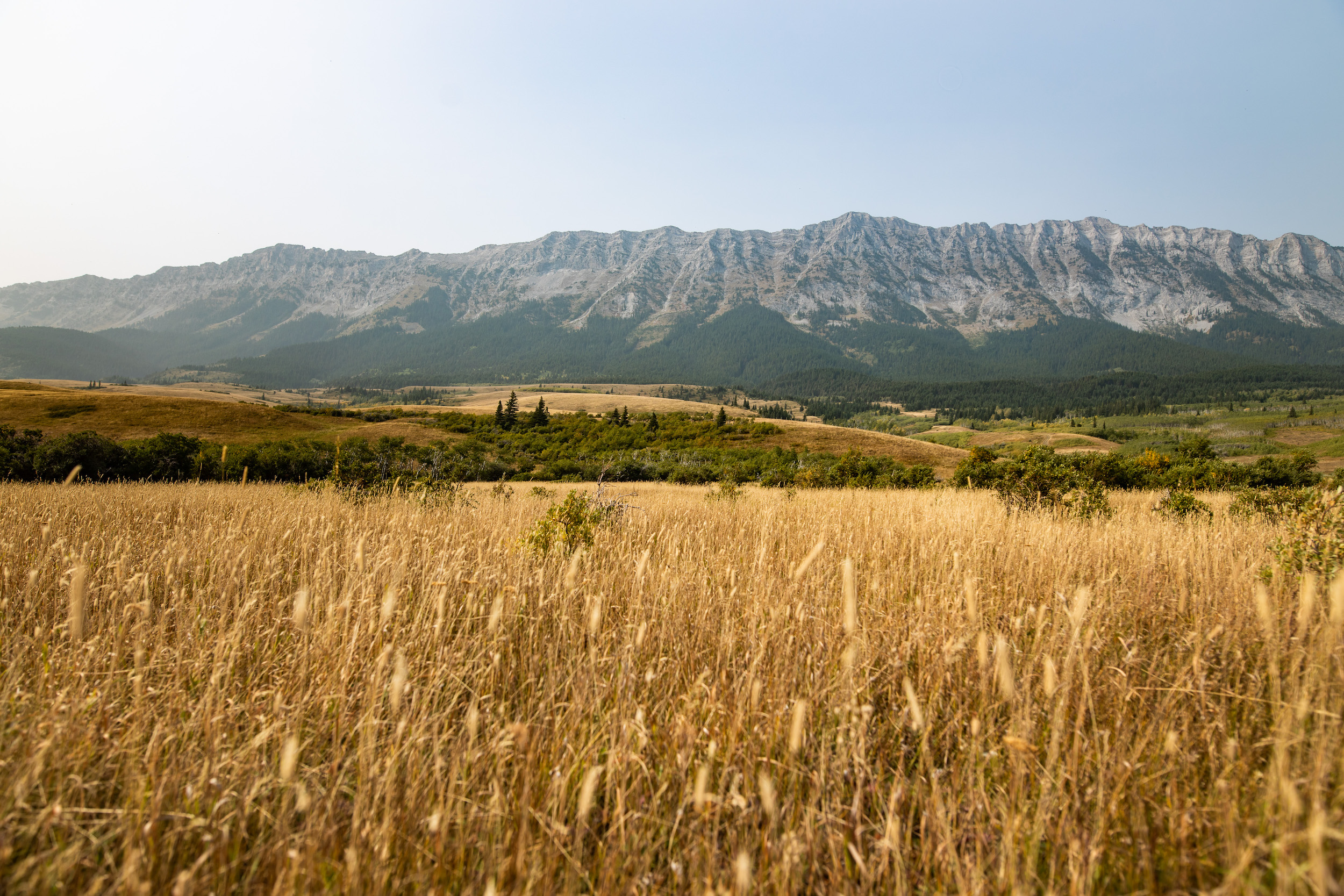 Chapel Rock is located in the Castle-Crowsnest Watershed Natural Area and was first homesteaded by Joseph Pisony in 1912. The land has since been passed down through five generations, each one acquiring more land around the original homestead to grow the ranch. Now, the Pisony family, which still owns the property, has decided to place a conservation easement on a portion of the land.

“My grandfather homesteaded this land in 1912. In 1950, a neighbour sold my dad five quarters and it was probably the biggest purchase of his lifetime. The ranch grew from there. We shared the land and worked it together. Now my grandson rents some of the land and puts his cattle on there and he works it a bit with his parents. We’re going on five generations. Time goes on and things keep changing and I just hope that whoever else runs the land in the future, we want to see them honour the use of the land and take care of it.” – Berwyn Pisony, landowner

This new agreement between NCC and the Pisony family voluntarily restricts development rights on the land. The legal contract will ensure that the property can continue operating as a working cattle ranch, while maintaining the landscape in a natural, healthy, unfragmented state.

Each working ranch conserved in this region benefits the ranching community and native wildlife, and the waters flowing into the Oldman River. NCC’s conservation of this significant stretch of working rangeland will assist in conserving water quality, flood mitigation and the maintenance of an important watershed along Alberta’s southern foothills.

Wetlands like those found at Chapel Rock are directly linked to the survival of many species, as they provide nesting, breeding and feeding opportunities while also playing an important role in maintaining water quality for people and species.

The Chapel Rock property is also part of a natural corridor where mammals move through the foothills along the eastern edge of the Rocky Mountains. It offers important habitat to mammals like elk, bighorn sheep, moose and mule deer. Grizzly bears, listed as a species of special concern under Canada’s Species At Risk Act, have also been spotted ambling across this property. Sharp-tailed grouse have also been seen on the property. This bird is designated as sensitive provincially and is found only in native grasslands and shrublands, both of which are in decline in Alberta.

This project is within an Environmentally Significant Area, meaning it plays a key role in the long-term health of the natural habitat, landscape features and natural processes, as defined by Alberta Parks. The conservation site is also close to other protected areas, including the Oldman River Provincial Recreation Area, Castle Provincial Park and Castle Wildland Provincial Park.

“Projects like Chapel Rock show nature conservation at its best. Vast spaces like this property and its adjacent protected areas allow the many species of plants and animals that live here to eat, sleep, mate and travel, with relatively few barriers. Wetlands can do the work of storing great amounts of water, buffering against droughts and moderating heavy rain runoff. Grasslands and forests can store carbon and help clean the air at a massive scale. When nature is allowed to thrive like this, we all thrive.” – Tom Lynch-Staunton, Regional Vice-President, Nature Conservancy of Canada