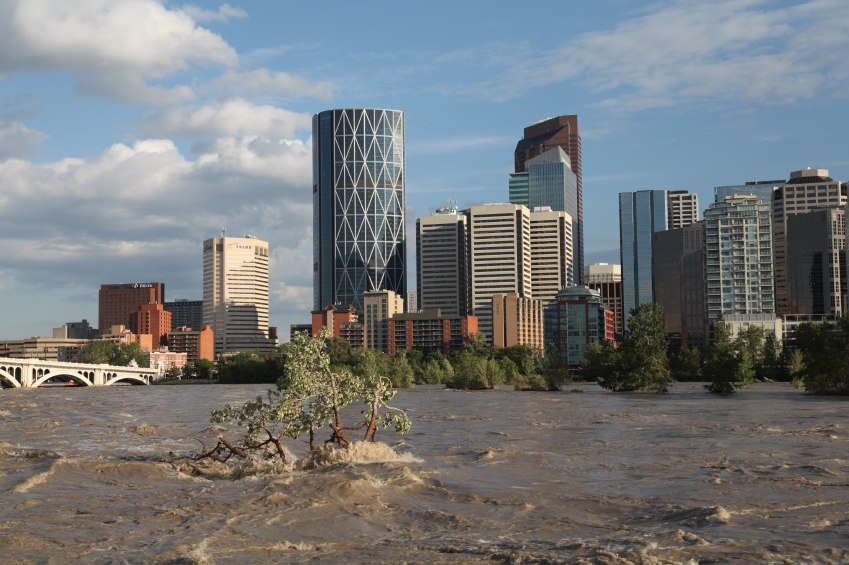 The Alberta government has announced a funding commitment for new flood protection measures along the Bow and Elbow Rivers. The measures are intended to protect Calgarians and upstream communities from the type of severe flooding that occurred in June 2013.

The province has committed $297 million as well as $150 million of dedicated funding over 10 years to the City of Calgary for local projects through the Alberta Community Resilience Program. Flood mitigation projects were selected based on the advice of independent experts in flood protection. The specific projects include:

As part of the overall strategy for managing flood risk in Alberta, five new multi-year river hazard studies are now underway. The five new studies will identify river hazards and produce new flood inundation and flood hazard maps for the Bow, Elbow, Sheep, Highwood, and Peace Rivers. In total, approximately 525 kilometres of river will be studied and mapped.

Based on a review by Deltares, a Dutch research foundation, concluded the Springbank off-stream reservoir, combined with local mitigation projects in Bragg Creek and Redwood Meadows, was the best choice for the area—offsetting plans to build a flood tunnel. Preliminary engineering work is already underway on the 70.2 million cubic metre reservoir located approximately 15 kilometres west of Calgary.

Plans for local mitigation in Bragg Creek consist of a system of dikes and drains. Additional flood mitigation requirements for Redwood Meadows will be determined after plans for Bragg Creek are finalized, due to the downstream location of Redwood Meadows. Preliminary engineering for work in Bragg Creek, led by Rocky View County, is complete and community engagement will begin soon.

A working group is being struck—jointly chaired by the province and the City of Calgary—to address Bow River flood mitigation.  The group will include representation from rural municipalities, irrigation districts, local First Nations communities and other stakeholders to assess water storage options within the Bow River Basin, looking at the impacts on both flood and drought protection.

“The Bow River working group has an important task ahead of it—and we sincerely hope it will propose solutions on an expedited basis,” said Brenda Leeds Binder, co-president, Calgary River Communities Action Group. “We are committed to remaining an engaged stakeholder until the City is fully protected from a 2013-magnitude flood,” she said.

“Our government has carefully weighed the options and is moving forward with a plan that makes the most sense for families, businesses and taxpayers. This investment will help safeguard our communities and economy against increasingly severe and frequent natural disasters,” said Shannon Phillips, Minister of Environment and Parks.

“The flood of 2013 had a devastating impact on the lives of thousands of Albertans. I am very pleased that the new provincial government has moved to protect downtown Calgary and our flood prone communities from a similar flood in the future,” said Naheed Nenshi, mayor of Calgary. Nenshi acknowledged that water storage and watershed management were also important to the municipality in its approach to water management.

The 2013 Alberta flood was the costliest natural disaster in Canadian history.