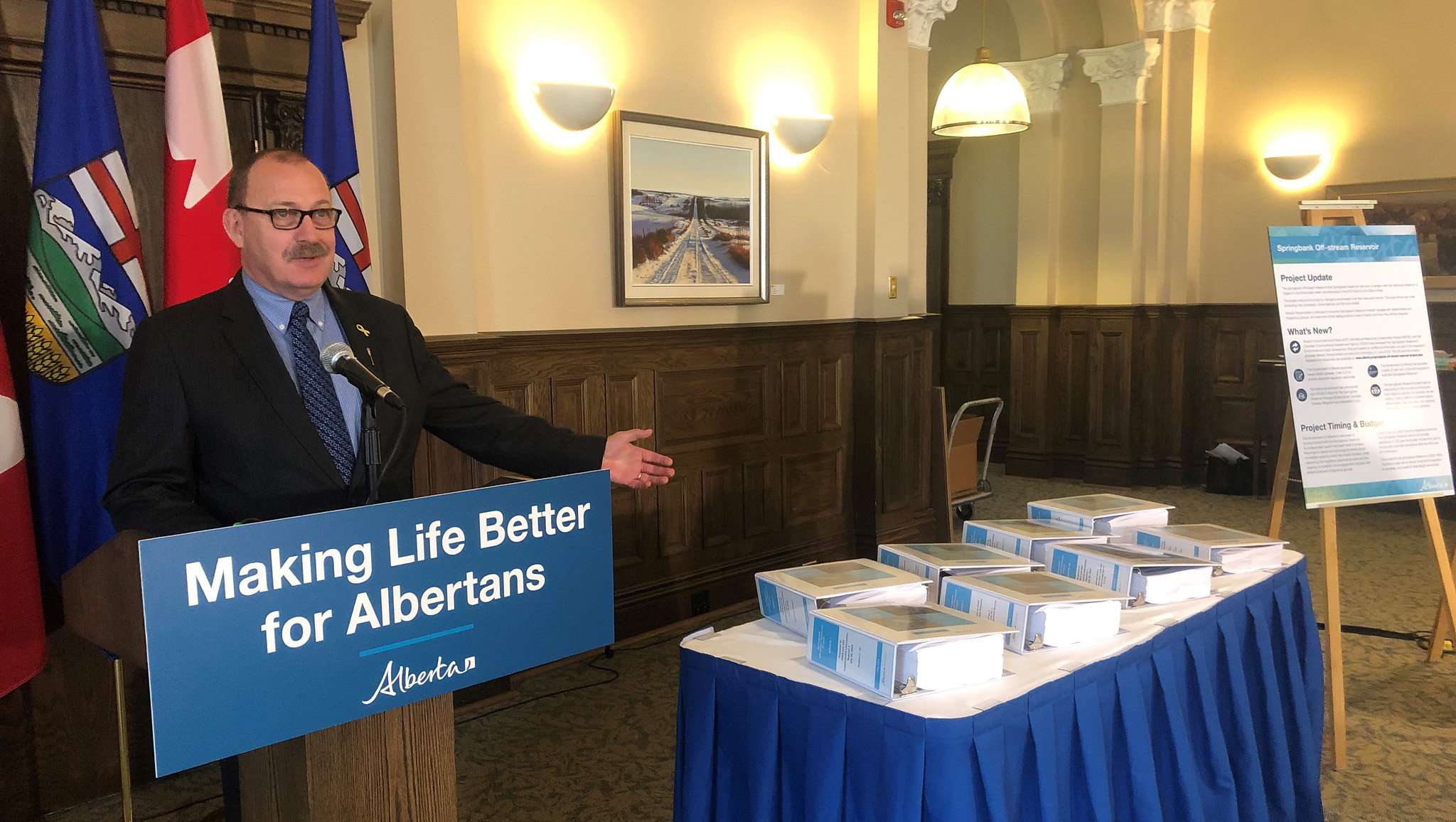 The Government of Alberta has included a commitment in its 2020 Budget to provide $196.3 million over three years for the Springbank Off-Stream Reservoir.

The Springbank Off-Stream Reservoir is an essential part of flood protection for Calgary and southern Alberta. Once complete, it will provide flood mitigation along the Elbow River to protect southern Alberta and Calgary from future flood events. The project is currently moving through the federal and provincial regulatory process.

“Our government remains committed to moving the Springbank dam through the regulatory process as quickly as possible to ensure that Calgary and southern Alberta have necessary flood mitigation in place before the next major flood event occurs,” said Ric McIver, minister of transportation.

“The residents of southern Alberta and the province’s economy cannot handle another major flood, which is why Budget 2020 includes funding to move [Springbank Off-Stream Reservoir] forward,” added McIver. “I am pleased with the work my department is doing on this important project and we will continue engaging with stakeholders, First Nations partners and other impacted groups to address their concerns about the project.”

The Springbank Off-Stream Reservoir is one part of an overall flood mitigation strategy for southern Alberta that includes projects such as the Bow River flood mitigation project and enhancements to the Glenmore Reservoir, which have been completed.

In 2019, the Government of Alberta appointed independent expert Martin Ignasiak to review the status of the regulatory process and to find ways to accelerate the project’s construction. The report is available online.

U of G Researchers Receive Over $10 Million for Groundwater Research