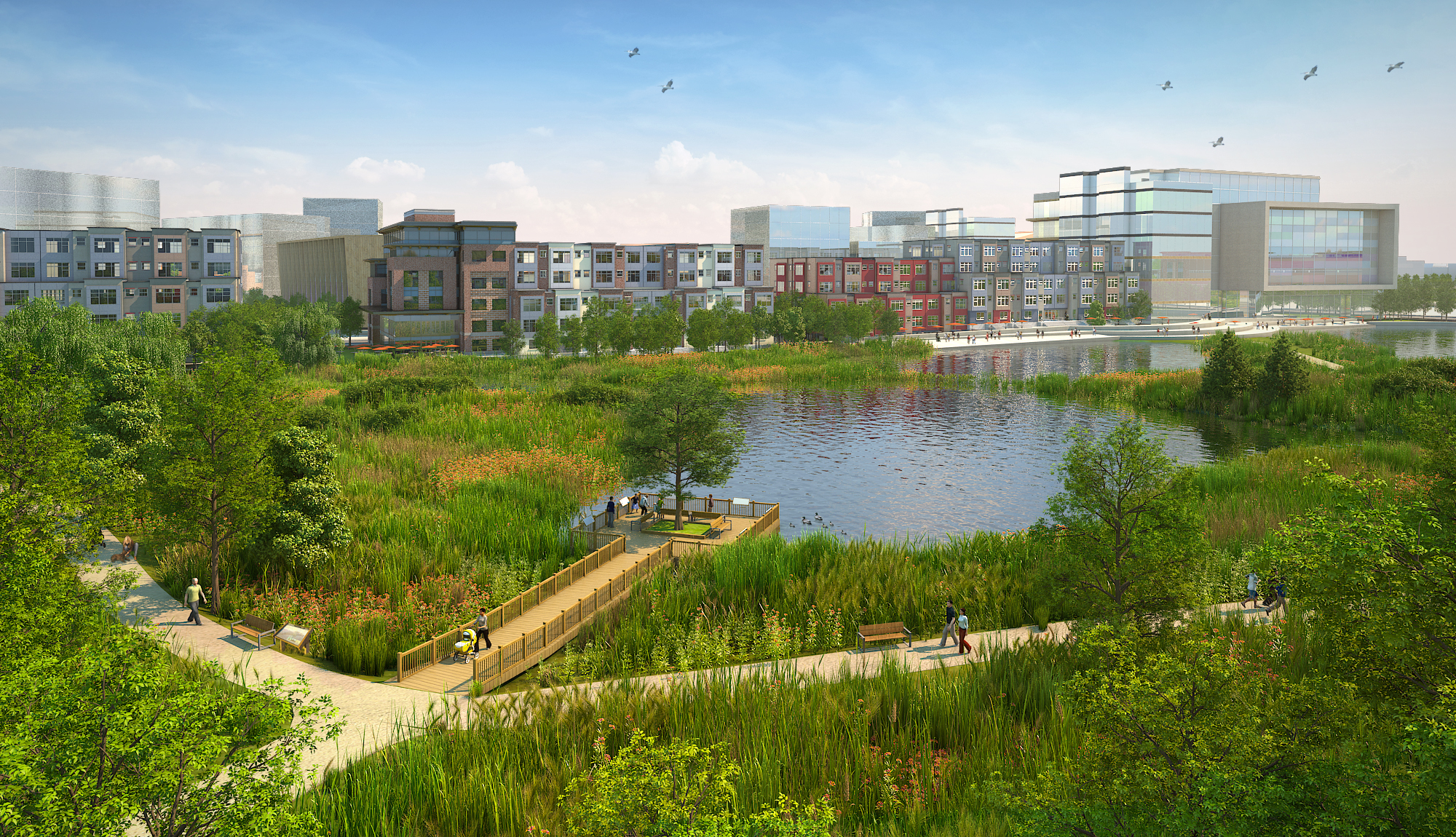 Edmonton’s Blatchford Redevelopment Project saw a productive year in 2017, installing thousands of metres of water and sewer mains for its district energy system.

Over eight thousand metres of water mains, storm and sanitary sewers, and distribution piping for the District Energy Sharing System were installed and 1,400 metres of curb and gutters were constructed. The first portion of paving began this year, with 175 metres being completed. Over 121,000 tonnes of concrete and asphalt were recycled for re-use on the site. This is all in preparation for the development of the first phase of the Blatchford community, Blatchford West.

“In May, we started installing the utilities that support residential development like power, cable, gas, telecommunications, water pipes, sanitation, and the district energy system,” Mark Hall, executive director of the Blatchford Redevelopment Project, told the Globe and Mail.

In early 2018, the first stage of the District Energy Sharing System is expected to start construction. This includes the installation of the geo-exchange field under the future storm pond and the construction of the first Energy Centre, which will connect to the existing Distribution Piping System, providing the energy for heating, cooling, and domestic hot water for the community.

“We’re designing this community in a different way but it’s not an experiment. We think it’s where the industry and where the market is going with infill redevelopment,” Hall said to the newspaper.

The Blatchford Redevelopment Office is currently conducting the first phase of the builder selection process, the Request for Expression of Interest, which closes this Friday, December 8th. The first phase contains twelve parcels, for a range of housing types including fee-simple townhouses with potential garage suites, condominium townhouses, stacked townhouses, and mixed-use buildings. Negotiations with selected builders will start in the first quarter of 2018.

When the entire Blatchford neighbourhood is complete, it will be home to 30,000 Edmontonians. The Blatchford community provides a unique opportunity to live in a community that puts people first with family-friendly amenities and a focus on active modes of transportation to offer a sustainable lifestyle near the centre of the city.