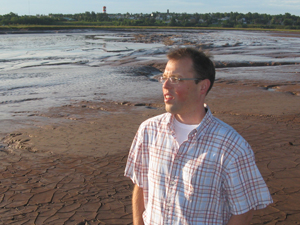 “Our five-year strategic plan has been in preparation for the past several months and it’s both comprehensive and ambitious”, said Riverkeeper Tim Van Hinte. “We received a lot of input in its preparation and we look forward to continuing our work to improve the health of this beautiful river system,” he added.

The plan is being released in conjunction with the organization’s 10-year anniversary, the calendar of which concludes next week. It contains four goals, beginning with the goal to restore native fish species in the Petitcodiac River watershed by supporting initiatives to remove barriers to fish passage and habitat. Among the structures impeding fish passage and identified in the plan are the Petitcodiac and Memramcook causeways, as well as the abandoned Humphreys Brook (Moncton) and Mill Creek dams (Riverview).

The second goal of the plan is to improve water quality in the watershed so that the river system can support healthy human and wildlife populations. The upgrade to sewage treatment facilities to secondary level treatment or better in all municipalities is mentioned in the plan, with a special focus on the Greater Moncton sewage treatment facility, which has yet to achieve a treatment system beyond primary level.

“Moving forward, there is no question that the health of the river would benefit significantly from an upgrade of Greater Moncton sewage facility to secondary level treatment or better,” said Van Hinte.

The final two goals of the plan focus on public awareness and the need to reduce water consumption and promote water conservation in the watershed. The 5-year Strategic Plan can be viewed in its entirety at the Riverkeeper website.

The final activity for the 10-year anniversary of Petitcodiac Riverkeeper will be held next Wednesday, December 16th to mark the 100-day countdown to the opening of the Petitcodiac causeway gates.