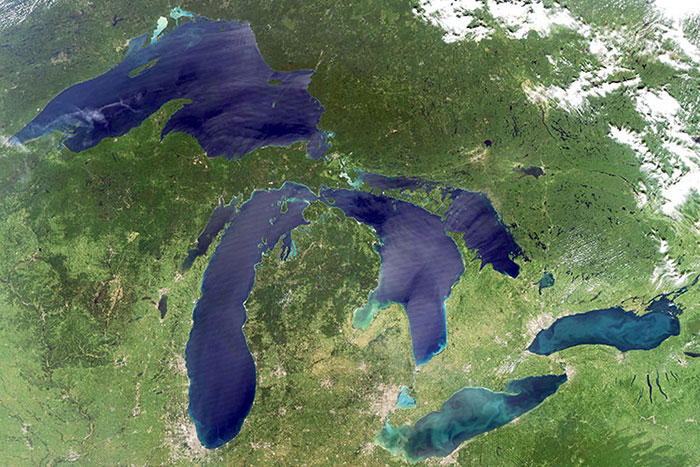 Eighty-five per cent of respondents believe protecting the Great Lakes is highly important, according to one of the largest surveys ever conducted on public perception of the world’s largest freshwater system in both Canada and the United States.

The International Joint Commission (IJC) sponsored the survey, which was completed by its Great Lakes Water Quality Board in late 2015 and is summarized in the report released today.

“This survey of almost 4,000 basin residents is one of the largest ever conducted, and provides a valuable picture of how the public perceives the Great Lakes, including key environmental issues and threats, as well as opportunities,” said David Ullrich, the United States co-chair of the IJC’s Great Lakes Water Quality Board.

The survey showed that:

“This survey provides a valuable tool to the International Joint Commission as we further our mission to help both countries develop collaborative strategies to protect the Great Lakes, to address environmental concerns, and to provide for the health of this resource for future generations,” said Rob de Loë, Canadian co-chair of the IJC’s Great Lakes Water Quality Board.

The IJC’s Great Lakes Water Quality Board will host a panel discussion on the poll’s findings on Monday, April 18 at 7 p.m. that will be broadcast via Periscope. Check the IJC’s Twitter feed @IJCsharedwaters on Monday afternoon for the link.