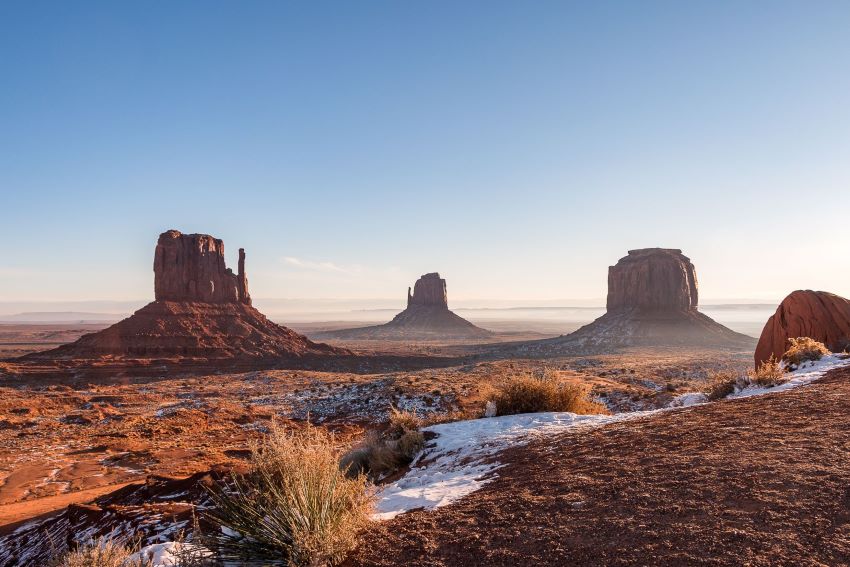 The findings of a recently published study of ancient groundwaters have important implications for such practices as carbon sequestration and deep underground storage of waste from nuclear power and oil and gas production, says University of Saskatchewan (USask) researcher Dr. Grant Ferguson (PhD).

Groundwater at depths of several hundred metres or more can be hundreds of millions of years old and are often thought of stagnant and isolated from the atmosphere and the water cycle—a reason these subsurface areas are targeted as potential sites for subsurface waste disposal, said Ferguson.

“But things are more dynamic down there than we thought,” said Ferguson, professor of civil, geological and environmental engineering at USask’s College of Engineering and co-author of the paper in the journal Geophysical Research Letters.

The paper describes the surprising findings in the Paradox Basin, located in southeastern Utah and southwestern Colorado, where the research team found unexpectedly young groundwater at a depth where conventionally much older aquifers are located.

“That’s what was so exciting about this study,” said co-author Dr. Jennifer McIntosh (PhD), Distinguished Scholar at the University of Arizona (U of A) in the Department of Hydrology and Atmospheric Sciences and adjunct professor at USask.

“We expected to find that groundwater would get progressively older as you go deeper,” said McIntosh . “Instead, we found million-year-old groundwater, which is relatively young, about three kilometres beneath the surface in sediments that are hundreds of millions of years old.”

McIntosh headed the team on which Ferguson was the lead in physical hydrology. Dr. Jihyun Kim (PhD), now a postgraduate student at the University of Calgary and a former U of A PhD candidate whom McIntosh and Ferguson co-supervised, was first author.

This study is among the first to employ a relatively new krypton-81 technique to date deep groundwater. Unlike carbon-14, which scientists use to determine the age of materials up to 40,000 years old, the longer decay period of radioactive krypton-81 can be used to calculate the age of water up to 1.2-million-years-old.

The study findings are related to the rapid geologic changes over the past three million to 10 million years in the Colorado Plateau, where the dramatic incision (downcutting, or erosion under the riverbed) of the large Colorado River, which formed the Grand Canyon, began flushing out ancient groundwaters.

Before the incision of the Colorado River, the Colorado Plateau was relatively flat and seawater from the Paleozoic era (500 million to 250 million years ago) was trapped within the sediments for hundreds of millions of years, Ferguson said.

“Essentially, what the incision did was to create drains that let water from the surface to penetrate and flush the ancient highly saline waters in aquifers both above and below the salt deposits at the centre of the deep groundwater system.”

This research shows landscape evolution can effect a dramatic change in the subsurface environment in a few million years—a short period in geological time, McIntosh said. The study is useful because the same techniques can be applied to characterize sites elsewhere to learn how they are connected to the atmosphere and the surface, she said.

A newly funded project in the Colorado Plateau led by McIntosh is also examining the relationship between subsurface hydrology and life in more detail, testing the hypothesis that deep circulation of water from the surface could have re-inoculated microbial life into sediments that were deeply buried and sterilized by high temperatures in the geologic past.

The team plans to extend this work to other regions including the Canadian Prairies, where Ferguson said geological events, such as rise of the Rocky Mountains 80 million to 50 million years ago, and glaciation that covered much of North America starting about 2.8 million years ago would have had created massive hydrological changes.

“Especially from a Saskatchewan perspective, we are thinking about the different ways we use the subsurface, whether that’s in storing fluids from oil and gas, or carbon sequestration, we will have these legacies going forward,” he said. “I don’t think we have really scrutinized these systems in ways that we could or should.”