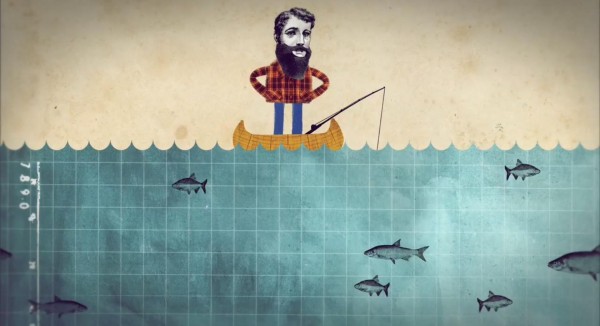 WWF-Canada has released a report on the healthiness of seven Canadian watersheds: the Athabasca River, the Fraser River, the Ottawa River, the St. John River, the South Saskatchewan River, the Skeena River, and the Thames River. The results are based on four core metrics that, along with groups like the Canadian Rivers Institute, the St. Lawrence River Institute, and Trout Unlimited Canada, the organization identifies as a way to determine the overall health of a watershed.

“We don’t actually have a consistent way to measure and report on the health of rivers and lakes across the country,” writes WWF-Canada’s national freshwater program director, Tony Maas, in a September 11 blog post. “That also means that we don’t have a way to understand the full impact of all the many conservation projects, legal reforms and water strategies in play across Canada. We used to rely heavily on government agencies like Environment Canada and Fisheries and Oceans Canada to provide Canadians with a clear, national picture of the health of our waters, but recent legislation has led to a troubling decline in attention to water science and policy. It appears, at least for now, that we need a different way.”

“That’s where WWF and the water community are stepping in, to fill this growing gap in our water knowledge,” he says.

To analyze the health of the watersheds, WWF looked at significant changes in natural water flow patterns over time, because major changes in flow can negatively impact the health of a body of water. The organization also looked at water quality by comparing chemical levels to federal and provincial guidelines and standards, as well as to long-term trends in the specific bodies. They looked for changes in the diversity of native fish species over time, as fish are vital in the aquatic food chain. Finally, WWF examined whether rivers lacked species of benthic maco-invertebrates (flies, beetles, aquatic worms, snails, leeches, et cetera), because these species are sensitive to ecological disturbances and a lack thereof can indicate poor health.

While both the Athabasca and Ottawa rivers yielded insufficient data to offer and accurate assessment of either’s health, the remaining five were able to be graded. The Fraser, St. John, and South Saskatchewan Rivers all received ‘Fair’ ratings, while the Skeena River was ranked ‘Good’ and the Thames River ‘Poor.’

To read more details about each watershed, visit the Freshwater Health Assessment webpage.