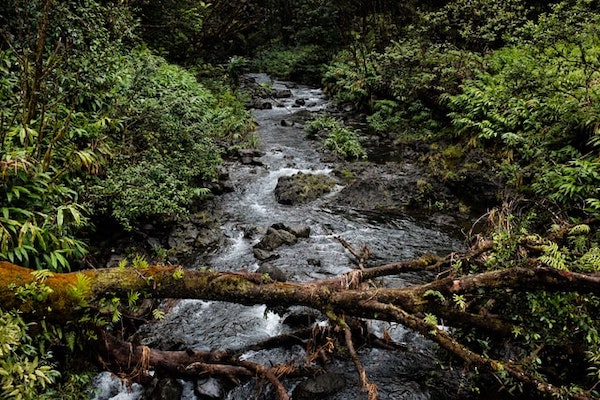 An ongoing effort to restore watersheds and wetlands in the province is creating a healthier future for British Columbians by mitigating the impacts of climate change on communities, strengthening ecosystems and securing quality drinking water.

“Healthy watersheds and wetlands are critical for climate adaptation,” Premier Horgan said. “They serve as a protective buffer for communities against flooding, droughts and wildfires. This new funding will help safeguard B.C.’s watersheds and wetlands for generations to come, while continuing to create good, local jobs for people throughout the province.”

Over the past few decades, B.C.’s diverse ecosystems have been impacted by human activity, and the $30 million in grants will help:

Half of the funding ($15 million) will be provided to Watersheds BC through the MakeWay Foundation to co-ordinate watershed restoration projects led or co-led by First Nations. The remaining $15 million will go to six organizations to support watershed restoration work throughout the province. They are BC Wildlife Federation, Ducks Unlimited, Living Lakes Canada, Redd Fish Restoration Society, Farmland Advantage (Investment Agriculture Foundation of BC),and the Rivershed Society of BC.

The new restoration projects will also support reconciliation with First Nations communities and partnerships across levels of government and non-governmental organizations.

“A priority for my ministry is ensuring that water and watersheds are respected and valued, in part through the development of a Watershed Security Strategy and Watershed Security Fund,” said Josie Osborne, Minister of Land, Water and Resource Stewardship. “The work that’s already being completed on wetland and watershed restoration is producing positive results and environmental benefits that will last for years to come.”

This funding builds on the success of the Healthy Watersheds Initiative (HWI), a government-funded program under the StrongerBC economic plan. The Province partnered with the Real Estate Foundation of BC (REFBC) and Watersheds BC to administer $27 million in grants to non-profit groups, First Nations and local governments working on a variety of projects to conserve and restore watersheds and wetlands throughout the province.

“Nutsamat kws yaay’us the qa’ – we come together as a whole to work together to be stronger as partners for the watershed. The Cowichan and Koksilah rivers have always played an integral role in the well-being of Cowichan people. Continued investment is necessary to protect our community from future flooding events and restore critical fish habitat, ensuring a valuable resource is sustained for generations to come.”- Lydia Hwitsum, Chief, Cowichan Tribes

In advance of this announcement, Osborne met with Cowichan Tribes Chief Lydia Hwitsum for a tour of watershed restoration work, both completed and underway. They visited two projects: a water sustainability plan for the Xwulqw’selu Sto’lo (Koksilah River) to benefit fish and water users, as well as sediment removal and habitat rehabilitation for the Koksilah and Cowichan rivers, an integral part of its five-year river management plan.

“As well as protecting important habitat and diverse species, healthy watersheds and wetlands are one of nature’s strongest protections against the impacts from a changing climate. Investing in nature-based solutions to restore more watersheds and wetlands, and help protect communities from storms and floods is an important part of our Climate Preparedness and Adaptation Strategy and our Watershed Security Strategy.”- George Heyman, Minister of Environment and Climate Change Strategy –

“The Healthy Watersheds Initiative demonstrated the critical role our watersheds play in supporting local jobs, climate adaptation and reconciliation in action. Investing in watersheds is vital to the continued health of our land, waters, and communities. This additional investment is a critical next step in the government’s commitment to the creation of the Watershed Security Fund.” – Zita Botelho, director, Watersheds BC