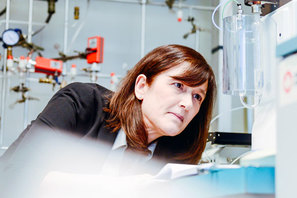 The Order of Canada is receiving 113 new members this year, including three who have played a role in improving Canadian water resources.

The Honourable Dennis O’Connor is counsel in the Toronto office of Borden Ladner Gervais LLP. He sat on the Court of Appeal for Ontario from 1998 to 2012. He served as the Associate Chief Justice of Ontario from 2001 until he retired at the end of 2012. In the water sector, he is best knownWs for having conducted the Walkerton Inquiry (2000-02) .

Richard Frederick Bradshaw was employed at Phillips, Hager & North Investment Management Ltd. from 1965 to 1999 where he held a series of positions culminating in his appointment as the president and CEO from 1987 to 1994, as well as the Chairman from 1994 to 1999. He began his career in 1961 with the Montreal Trust Company where he held a number of progressive positions until 1965. However, Bradshaw’s greatest contributions to Canada stemmed from his work as a philanthropist that included a focus on fisheries research. He is the past Chairman of the Board of Directors for the Vancouver Aquarium & Marine Science Centre.

Barbara Sherwood Lollar
Barbara Sherwood Lollar is a University of Toronto professor in earth sciences.Her research grabbed headlines around the world when they published their discovery of ancient waters bubbling out of rock fractures in mines more than two kilometres underground in Timmins, Ontario, and South Africa. Their analysis of this billion-year-old water showed it contained biologically useful chemicals and much more hydrogen gas than previously thought–conditions similar to those found near deep sea vents, which host thriving microbial ecosystems. She has won the prestigious NSERC John C. Polanyi Award for her work.