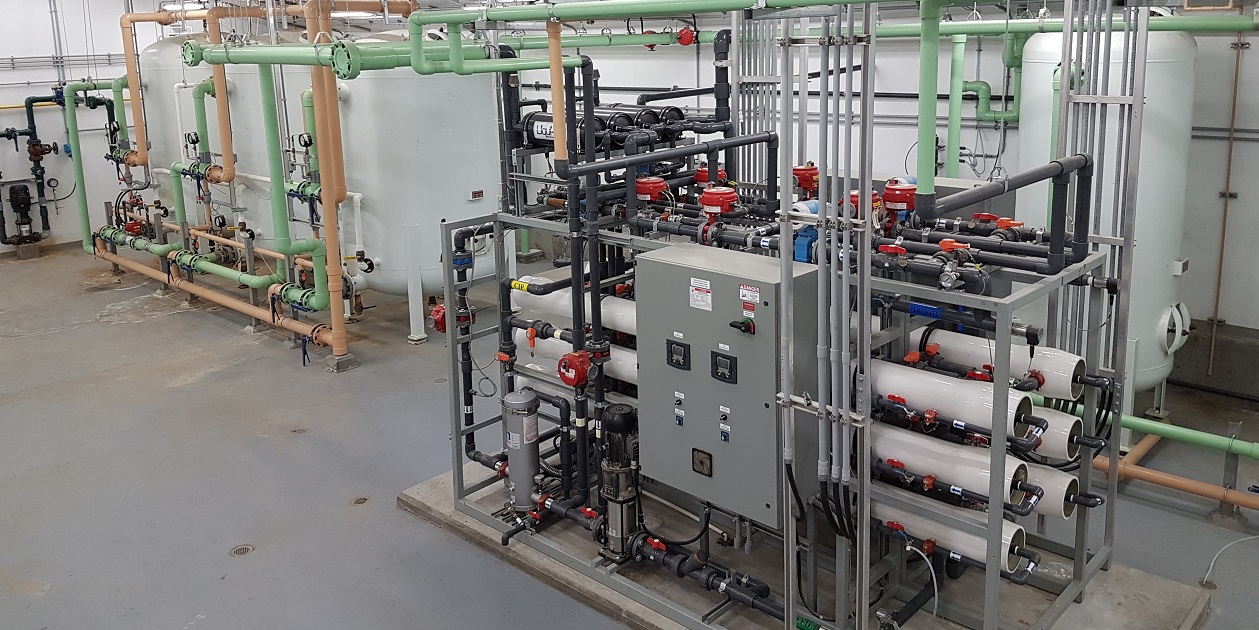 Remote, municipal, and First Nations communities in Canada face unique challenges every day: sustaining local employment, providing a good education for children, and maintaining the health and well-being of all residents. Contributing to the health issues in these communities is the unsafe drinking water that many have had to live with for decades. In the past, the Saulteaux First Nation in central Saskatchewan also had to contend with the negative effects of poor quality drinking water. Though the water was treated, the old treatment technology could not effectively make the water safe enough to consume.

Saulteaux’s old water treatment plant required extensive use of corrosive and irritating chemicals to treat and disinfect the water. While using these chemicals reduced toxins such as iron, arsenic, and highly poisonous hydrogen sulfide, they did not eliminate dissolved solids, organics, or ammonia. The old plant also required large quantities of chlorine to be added to make the water safe. This heavy use of chlorine caused water pipes to leach iron into the water, so when residents first turned on their faucets they would end up with brown water.

“The smell, even the look of the water… it just tasted bad. It was hard water and stained everything. People wouldn’t wash their clothes. They complained about the smell and the way it looked,” said Crystal Okemow, Saulteaux’s Water Quality Supervisor.

To end their drinking water crisis, the community produced evidence showing the negative impact the poor-quality water was having on the health and safety of the local community, and Health Canada stepped in to do testing through accredited labs. This armed Saulteaux’s council with data to show the need for action.

Sapphire Water International Corp. began to work with the Saulteaux community to replace their existing water treatment plant with a new technology that would be able to effectively treat their water. After analyzing the composition of the source water, Sapphire Water recommended the Sapphire Integrated Biological Reverse Osmosis Membrane (SIBROM) system.

SIBROM systems employ a multi-stage bio-filter design that remove numerous contaminants, specifically those that act as nutrient and energy sources for bacteria, making the treated water 100% biologically stable. This means that after the water is treated, there is nothing left for bacteria to eat, eliminating the possibility of bacteria growth and water contamination post-treatment.

There are three core treatment phases in a SIBROM system: biological filtration, reverse osmosis membrane filtration, and re-mineralization to optimize the pH of the treated water. The biological pre-treatment step is most beneficial for the Saulteaux community because it significantly reduces contaminants such as ammonia, iron, manganese, and arsenic, which are prevalent in their raw water.

“Compared to before, the end-product is unbelievable. Before… you could feel it was heavy. Water now is crisp,” said Okemow.

And today, she is no longer reluctant to try the water herself.

Policy must accelerate to keep pace with emerging water concerns