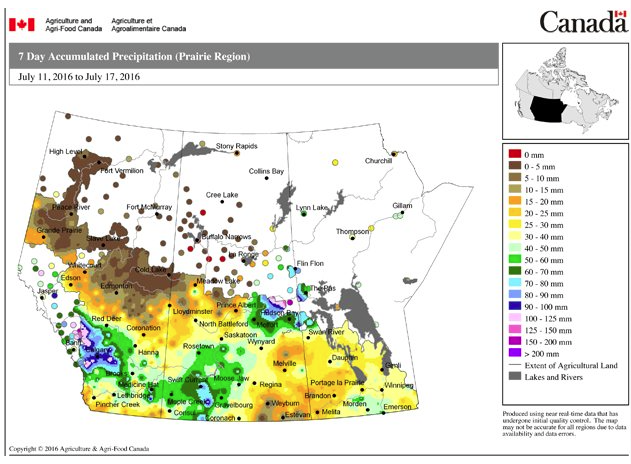 The Saskatchewan Crop Insurance Corporation has shown that the excessive rain in Saskatchewan has caused 49 per cent of crop loss between 2006-2015. Throughout that time, drought was responsible for 18 per cent of all crop losses.

According to the Western Producer, Crop production losses for 2016 won’t be known until the fall, but it’s a safe bet that excess rain will dominate claims in Saskatchewan this year.

With the heavy rainful that has fallen on Saskatchewan in past two weeks, creeks have over flown and soaked cropland.

Lorelei Hulston, the crop insurance corporation’s executive director for research and development, told the Western Producer that the excess rain versus drought results were surprising. Drenched fields may be responsible for most of the crop loss claims over the last decade, but drought still presents the largest financial risk for the insurer.