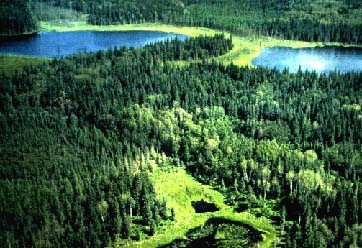 A Forest of Blue: Canada’s Boreal Forest, the World’s Waterkeeper compiles decades of research and finds that the boreal forests

“The world needs to move quickly to preserve precious water resources,” said University of Alberta’s David Schindler, a member of the International Boreal Conservation Science Panel (IBCSP), which reviewed the report. “Enacting sound conservation policy to protect Canada’s free-flowing waters and wetlands in the boreal is not just a local issue; it is one of global importance.”

“In conservation, so much of the discussion is centered on scarcity and loss,” said Dr. Stuart Pimm, Doris Duke Chair of Conservation Ecology at Duke University and IBCSP member. “Canada has an extraordinary opportunity that does not exist anywhere else in the world to keep its aquatic ecosystems intact and to create a positive ripple effect on the land, animals, birds and people who depend on these resources.”

Manitoba and Israel Collaborate on Wetland and Watershed Research