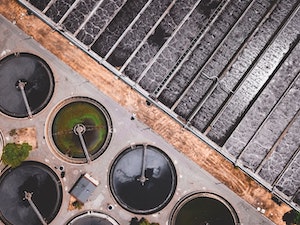 Cranbrook, B.C. – Phase two of the upgrades to the City’s wastewater lagoons at the north end of the community is expected to begin in late spring. This phase of the project involves work at the lagoon site itself including sludge removal, berm upgrades; bypass piping and diffuser upgrades at Cell One. The upgrades of this project are required to bring cell 1 into compliance with the City’s authorization to discharge municipal effluent.

The desludging and diffuser upgrades will be a huge step in significantly minimizing the odour issues that have been occurring for the past several years. It is important to know that significant odour issues will still be experienced this spring, and will likely occur during the project work itself as the desludging and sewage handling takes place.

The City will provide updates to the public throughout this phase especially around the desludging portion of the project as the odour from the lagoons will be much more noticeable.

The first phase – installation of a new trunk main that enters the lagoons from the intersection of Victoria Avenue and Highway 3 – was substantially completed in 2021 at a value of nearly $4.5 million.

This important project would not have been able to be completed without more than $7.3 million dollars in funding from both the Government of Canada and the Province of British Columbia, awarded in early 2021.

More than $4.1 million in project funds is coming from the Government of Canada’s Investing in Canada Infrastructure Program (ICIP) – BC – Rural and Northern Communities Infrastructure Stream (RNIS), and over $3.2 million is provided by the Province of British Columbia. The City is contributing a total of $822,066 to the project.