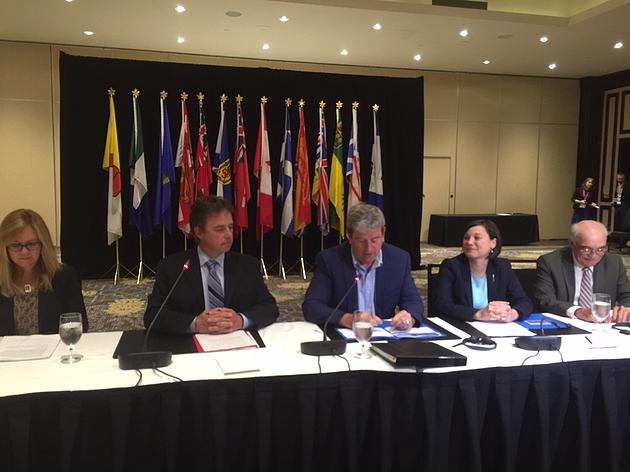 Manitoba Conservation and Water Stewardship Minister Tom Nevakshonoff, and Rick Gamble, chair of the South Basin Mayors and Reeves, announced on June 23 that Alberta and Ontario are the first provinces to join Manitoba in signing the Lake Friendly Accord, a broad alliance that will work to address cross-border water quality issues.

“We are looking forward to working closely with Ontario and Alberta to ensure both provinces are implementing the most effective solutions available,” said Minister Nevakshonoff.

By signing the accord, the two provinces have pledged to work to reduce nutrient loading in several watersheds, including the Lake of the Woods area, Lake Simcoe, and the Laurentian Great Lakes.

“The Lake Friendly Accord is just one of the ways we’re working with national and international partners to keep our lakes drinkable, swimmable and fishable,” said Ontario Environment and Climate Change Minister Glen Murray.

The Government of Manitoba and the South Basin Mayors and Reeves first partnered in June 2013 to announce the Lake Friendly Accord and the Lake Friendly Stewards Alliance. The goal of these initiatives is to foster collaboration among a wide range of stakeholders to reduce phosphorous and nitrogen loading in waterways in Manitoba and beyond.

The addition of Alberta and Ontario to the accord will allow for greater sharing of management practices, innovative technologies, and information and strategies between the provinces and other partners.