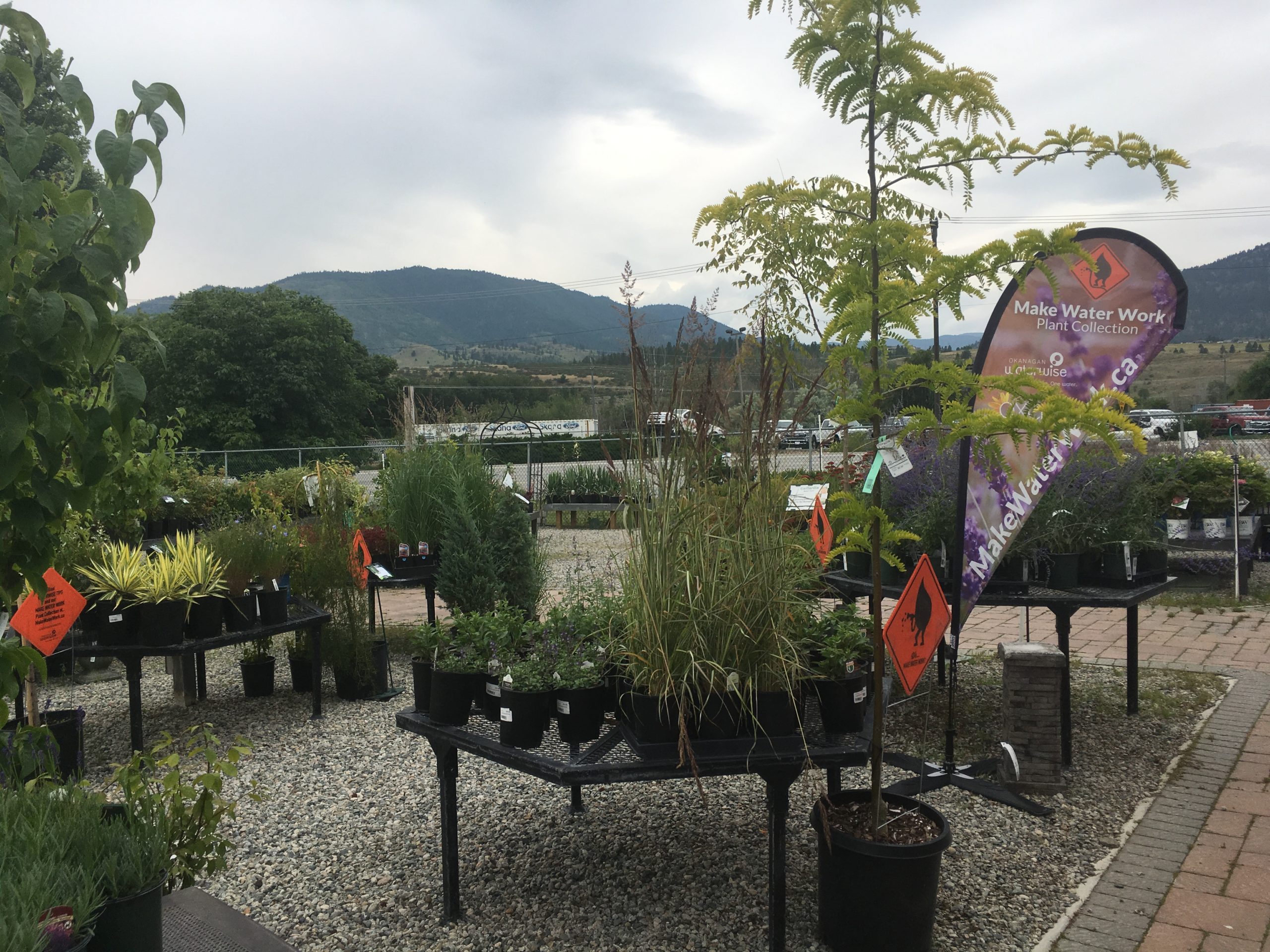 The Okanagan Basin Water Board’s Okanagan WaterWise program launched its annual “Make Water Work” campaign in May 2020. It encouraged a friendly competition between communities to pledge to conserve water outdoors this summer and results are in.

The City of Armstrong has taken the “Make Water Work Community Champion” title yet again, following wins in 2018, 2017, and 2015. The Township of Spallumcheen took 2nd place but it was neck and neck throughout the summer, as both communities tried to best each other.

“We had real buy-in from staff and council,” noted Armstrong Mayor Chris Pieper. “We went to our various clubs—Lions, curling, etc.—and sent members emails and went hard. Half the people we were harassing were from Spallumcheen, so it increased both of our numbers,” he laughed.

According to Spallumcheen Mayor Christine Fraser, town staff, and council also sent emails. They also had flyers with Make Water Work (MWW) information at the front counter when people came in to pay their taxes. But in their back pocket was Councillor Gerry Popoff.

“Coun. Popoff is like the godfather of our community and anytime someone called him he told them to go to MakeWaterWork.ca, learn about water conservation, and take the pledge—and they did!,” Fraser explained.

But is the campaign paying off in water awareness and water savings? “We definitely see people turning to more drought-tolerant landscapes, especially in new subdivisions,” Pieper responded. “It helps to have garden centres like Blue Mountain Nursery and Shepherd’s Home Hardware carry appropriate plant material, including the Make Water Work Plant Collection. And, I think people talk about it a lot more than they used to. There seems to be a greater recognition of water’s importance.”

In all, 677 people pledged to conserve—a 28 per cent increase over 2019, noted Water Board Communications Director Corinne Jackson, who manages the Okanagan WaterWise program and its MWW campaign. But it’s not just about the pledges, she added. The MWW website had almost 12,000 visits in the last few months, more than 8,700 were first time visitors. While there, people looked at tips to conserve water, learned about the Plant Collection, found water restrictions, and more. Many thousands more heard and saw the messaging on social media, radio, buses, and more.

“It’s been a strange year,” added Jackson. “Due to COVID-19, we had no public launch of the campaign. Normally we would have our local government and utility partners on hand. In the past, we’ve had school children, garden centres and other business partners, and the public attend. Instead, we invited Okanagan mayors to submit videos from their own yards, explaining what they were doing to conserve, and then we released a video compilation. And it turned out great!”

There was also was no face-to-face outreach this summer. In past years, staff would be out at farmer’s markets and at various community events, encouraging water conservation. Instead, the campaign relied on social media and other forms of advertising to get the message out. “It seemed to work,” said Jackson. “We’ve had excellent engagement.”

“The contest was great—it got people talking and it was fun to get all the mayors involved,” added OBWB Chair and Osoyoos Mayor Sue McKortoff.

Turning serious, McKortoff noted that water conservation is an important issue in the Okanagan. Despite a wet July, she acknowledged that portions of the south Okanagan’s Vaseux Creek and Shuttleworth Creek have gone dry. According to Okanagan Nation Alliance, two female Chinook made it up Vaseux Creek before the creek’s lower section dried up in early August. No male was found and it’s believed the two likely released their eggs due to stress.

“We do live in a water-stressed region,” McKortoff added, saying that the region has had a number of drought years recently. And in 2020, the communities still need to ensure there is enough water for late harvest farm crops, salmon coming back to their streams to spawn, and potentially firefighting. “We all have to do what we can.”

State of the Industry: Into the Looking Glass