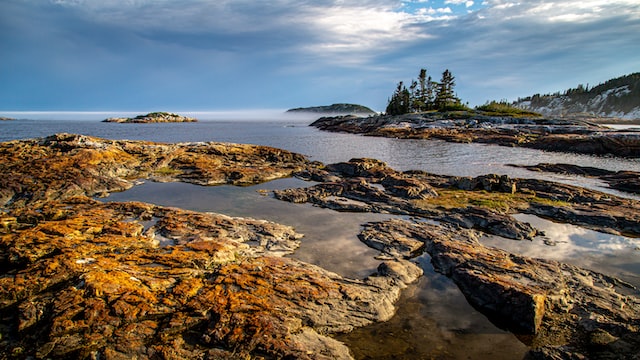 Quebec – Communities across Quebec have already felt the impact of our changing climate. Throughout the province, and particularly in the north, climate change is significantly threatening lands, habitats, and biodiversity.

The Honourable Jonathan Wilkinson, Minister of Natural Resources, has announced the release of the Quebec Chapter of the Canada in a Changing Climate: Regional Perspectives Report to help inform and support adaptation to climate change across Quebec.

This new chapter highlights the wide range of climate change impacts that Quebec is facing and how the province is adapting. It discusses the significant risks that climate change poses to Indigenous Peoples and their lands, people living in urban areas, and many sectors, including energy, forestry, mining, tourism and financial services.

In general, the various economic sectors in Quebec are in the process of taking (or have already taken) a first step toward assessing their vulnerabilities to climate change. However, the implementation of adaptation measures is uneven among the various sectors and remains a major challenge that needs to be overcome in some settings.

Although few Quebec municipalities have developed adaptation plans, many are implementing measures to deal with the impacts of climate change. For example, to deal with major and often lethal heat waves, there are several greening initiatives in urban areas, as well as prevention or intervention measures for extreme heat.

The chapter also assesses the vulnerability of coastal regions and water resources in the province, as well as the role of natural ecosystems in adaptation. It concludes that there is evidence of adaptation across all sectors, though the state of progress varies.

In full, this report confirms the rapid pace of climate change in Quebec. Both annual temperature and precipitation have been steadily increasing in the province and are projected to continue to increase significantly. The largest temperature increases observed to date have been in the summer and fall. Extreme heat events are a significant and growing concern. In northern regions of the province, sea-ice cover has declined rapidly and permafrost has thawed, releasing methane. Relative sea level is projected to rise in the Gulf of St. Lawrence and fall in northwestern Quebec, around James Bay and Hudson Bay. These changes are affecting Quebec’s communities, environment and economy.

The report is part of Canada in a Changing Climate: Advancing our Knowledge for Action, Canada’s National Knowledge Assessment of how and why Canada’s climate is changing, the impacts of these changes and how we are adapting. The assessment reports raise awareness and understanding of the key issues facing the country and provide information to support sound adaptation decisions and actions. The Government of Canada is also working with partners in Quebec and across the country on the development of the country’s first National Adaptation Strategy, a whole-of-society blueprint for coordinated action to ensure communities and Canadians are prepared for the impacts of climate change.

“Quebec faces significant climate challenges, particularly in the North, along their coastlines and across urban communities. By ensuring Quebecers have access to credible, evidence-based information, our government is enabling informed decision-making to prepare for, and respond to, climate impacts. Canada’s National Adaptation Strategy will bring together decision-makers to help protect people and improve resiliency while building a clean and prosperous net-zero future.” – The Honourable Jonathan Wilkinson Minister of Natural Resources

Ban on Plastic-Bottled Water May Be In Store for Montreal