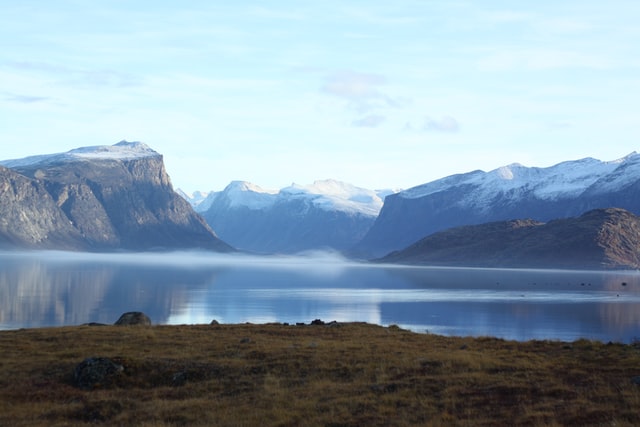 St. John’s, NL – There are significant knowledge gaps relating to Canada’s biodiversity in the north, including Inuit Nunangat. Traditional environmental programs have been limited due to remote, harsh arctic conditions.

The Nunavut Fisheries Association (NFA) and environmental genomics specialists, eDNAtec, have partnered, through a MOU to bridge this knowledge gap, expanding upon their Canada’s Ocean Supercluster project, OceanDNA System™.

“We are building capacity using environmental DNA (eDNA) water sampling techniques on our commercial and research vessels,” said NFA Executive Director, Brian Burke. “This research, which is taking place in the harsh conditions of Canada’s Eastern Arctic, is being incorporated into NFA’s annual fisheries research and tracking programs to improve understanding of the marine environment and management of fishery resources.”

According to eDNAtec CEO, Steve Barrett, eDNA sampling can be easily done by non-scientists in remote communities and is proving to be safer, faster and less expensive than ever before. “This technology also aligns with Inuit philosophy that ecosystems must be viewed as a whole versus by individual species,” he added. “By improving ecosystem knowledge, northern communities can be more involved in directing the environmental stewardship of their coasts, such as Marine Protected Areas (MPAs).”

“We are integrating Indigenous Knowledge with eDNA to improve stock management, invasive species detection and biodiversity assessments,” said Burke. “This will build on our existing research and is not only important for NFA’s offshore fishery but also for assessing inshore fishery potential for communities in the Qikiqtani region and across Inuit Nunangat.”