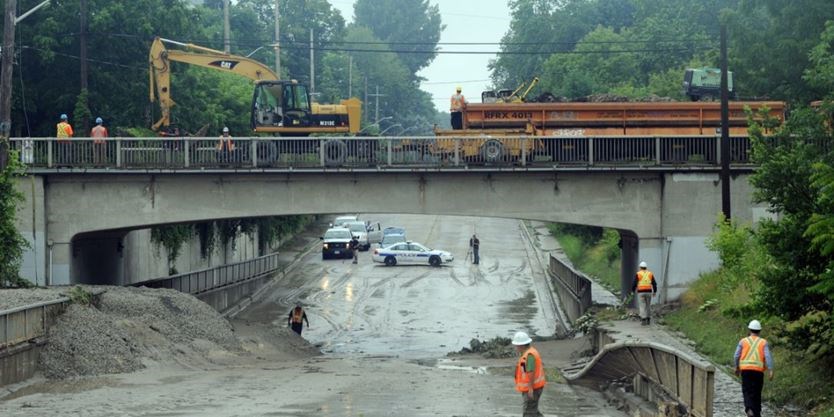 The City of Mississauga has announced the development of a Climate Change Action Plan to help minimize and prepare the city for the impacts of a changing global climate.

The city has stated that the plan will include both corporate and community-wide actions to reduce or offset the impacts of climate change. It will also prepare the city for possible future climate scenarios. Completion of the Plan is set for 2019.

“Canadian municipalities have an important role to play in addressing climate change because more than 50 per cent of the population now lives in urban areas,” said Mayor Bonnie Crombie. “Climate change is a global priority but taking local action is crucial now more than ever. We have a responsibility to the environment, our economy and the quality of life for our existing and future generations.”

In 2016, Mississauga instituted a stormwater charge was to better maintain and expand stormwater infrastructure, but it was also to implement climate change preparation. “Changes to our climate can also bring heavier rainfalls and rapidly melting snow. These changes mean more stormwater is entering our system than ever before, causing costly wear and tear on aging infrastructure,” wrote Mayor Crombie for Water Canada. “We cannot ignore the effects of climate change.”

“Mississauga has personally felt the impacts of extreme weather with recent storms such as the 2009 flood in Cooksville, the rain and windstorms of July 2013 and the ice storm of December 2013,” said Michael Cleland, Acting Director, Environment. “Over the years we’ve taken many actions both within our corporation and out in the community. We’re committed to doing more.”

The City will be engaging residents, partners and other levels of government to create responsible and forward-looking solutions on climate change. To begin, a Stakeholder Panel will be created over the coming months and will include organizations that have a major stake in climate change action in the city.

Today at General Committee, Ward 6 Councillor Ron Starr was appointed to the Panel. He will be joining Mayor Bonnie Crombie along with Ward 8 Councillor Matt Mahoney, the City’s Chair of the Environmental Action Committee (EAC).

To stay-up-to date on the Plan and upcoming engagement opportunities, visit theclimatechangeproject.ca.

Scientists Measure New Depths at the Bottom of the Hydrologic Cycle