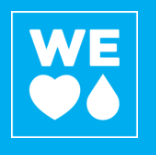 Metro Vancouver’s We Love Water campaign aims to improve water conservation year round throughout the region by connecting to the deep appreciation people have for their water supply.

Along with improved transmission and increased supply, water conservation is a major component of Metro Vancouver’s plan for ensuring there’s sufficient world-class treated drinking water for generations to come.

Darrell Mussatto, chair of Metro Vancouver’s Utilities Committee said, “When it comes to water conservation, small actions really do add up.” He added, “It’s easy to underestimate how much water is wasted when taking long showers, leaving the taps running or hosing down our cars and driveways.”

Despite the population growing by over 35,000 people each year, overall water demand has remained steady over the past decade because per capita water use has gone down. In addition to conservation initiatives, Metro Vancouver is investing about $1.5 billion of its long-range water capital plan into growth-driven projects.

We Love Water evokes pride for the region’s pristine and vital water resource, while encouraging residents to show their appreciation by consuming it wisely.

The campaign’s web portal is online http://welovewater.ca and the hashtage is #welovewatermv.