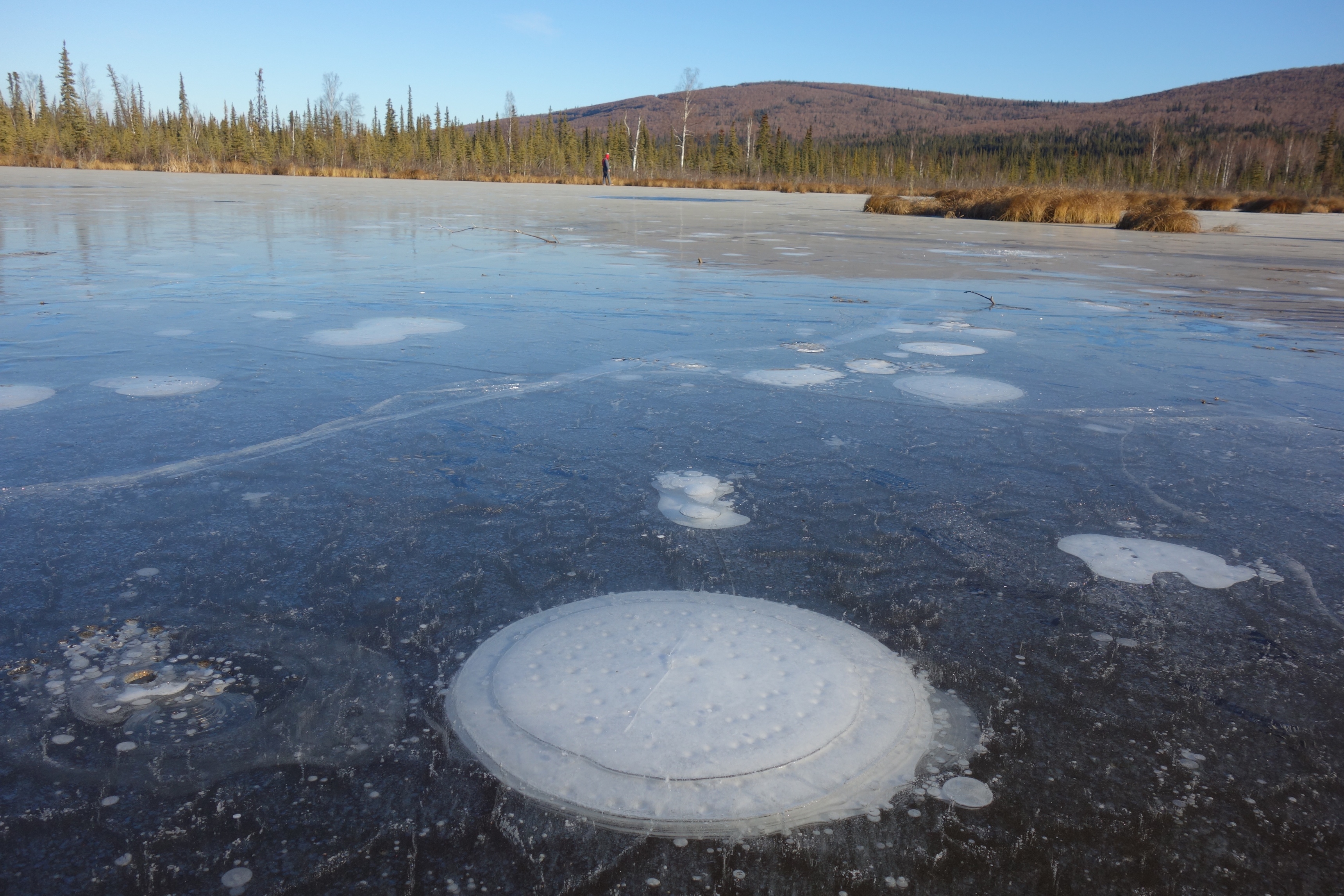 Methane released by thawing permafrost from some Arctic lakes is likely to accelerate climate change, according to a new study from the University of Alaska Fairbanks.

The study, 21st-century modeled permafrost carbon emissions accelerated by abrupt thaw beneath lakes, was published August 15th in the journal Nature Communications, focuses on the carbon released by thawing permafrost beneath thermokarst lakes. These lakes develop when warming soil melts ground ice, causing the surface to collapse and form pools of water. Those pools accelerate permafrost thaw beneath the expanding lakes, providing food for microbes that produce the greenhouse gases carbon dioxide and methane.

The study’s lead author, Katey Walter Anthony, and her colleagues studied hundreds of thermokarst lakes in Alaska and Siberia during a 12-year period, measuring their growth and how much methane was bubbling to their surface. By combining field work results with remote-sensing data of lake changes during the past two years, they determined the abrupt thaw beneath such lakes is likely to release large amounts of permafrost carbon into the atmosphere this century. The lake activity could potentially double the release from terrestrial landscapes by the 2050s.

“You can’t stop the release of carbon from these lakes once they form,” said Walter Anthony, an associate professor with UAF’s Water and Environmental Research Center. “We cannot get around this source of warming.”

This effort, conducted by a team of U.S. and German researchers, is part of a 10-year NASA-funded project to better understand climate change effects on the Arctic.

“Thermokarst lakes provide a completely different scenario. When the lakes form, they flash-thaw these permafrost areas,” said Walter Anthony, an associate professor with UAF’s Water and Environmental Research Center. “Instead of centimeters of thaw, which is common for terrestrial environments, we’ve seen 15 meters of thaw beneath newly formed lakes in Goldstream Valley within the past 60 years.”

Emissions from thermokarst lakes aren’t currently factored into global climate models, because their small size makes individual lakes difficult to include. However, the study’s authors show that these lakes are hotspots of permafrost carbon release. They argue that not including them in global climate models overlooks their feedback effect, which occurs when the release of greenhouse gases from permafrost increases warming. That feedback is significant, because methane is about 30 times more potent than carbon dioxide as a heat-trapping gas.

“While lake change has been studied for many regions, the understanding that lake loss and lake gain have a very different outcome for carbon fluxes is new,” said co-author of the study Guido Grosse of AWI to NASA’s Goddard Centre. “Over a few decades, thermokarst lake growth releases substantially more carbon than lake loss can lock in permafrost again [when the lake bottoms refreeze].”

Existing models currently attribute about 20 per cent of the permafrost carbon feedback this century to methane, with the rest due to carbon dioxide from terrestrial soils. By including thermokarst lakes, methane becomes the dominant driver, responsible for 70 to 80 per cent of permafrost carbon-caused warming this century. Adding thermokarst methane to the models makes the feedback’s effect similar to that of land-use change, which is the second-largest source of human-made warming.

Unlike shallow, gradual thawing of terrestrial permafrost, the abrupt thaw beneath thermokarst lakes is irreversible this century. Even climate models that project only moderate warming this century will have to factor in their emissions, according to the study.