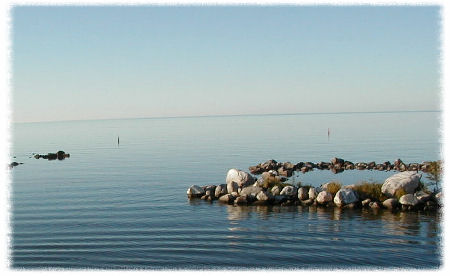 More than $109,000 in federal funding will support the Morden Community Lead Environmental Action on Nutrient Elimination and Removal (CLEANER) project, an initiative that will ultimately contribute to cleaning up Lake Winnipeg and its watershed.

“Through the combination of science, community action and environmental education, the CLEANER project will help reduce or even eliminate excess nutrients, entering and leaving Dead Horse Creek,” said Dr. William Buhay, the project’s principal investigator with the University of Winnipeg. “We anticipate that the CLEANER reduction model will ultimately benefit other communities in Manitoba and the United States as we all work together to improve the health of Lake Winnipeg.”

The CLEANER project, led by the University of Winnipeg, is a water sampling study that will determine entry points of nutrient deposits, such as nitrogen and phosphorous, along waterways near Morden, Manitoba.

Additionally, $8,400 has been promised to an East Interlake Conservation District stewardship project that will help reduce the amount of phosphorous and nitrogen entering Lake Winnipeg.

“Many municipal wastewater irrigation projects across Canada, the United States and globally are designed to relieve water demand for food production and to improve landscape aesthetics in arid climates. The primary objective for water reuse in this study is to limit nutrient loading (along with other contaminants) to surface water pathways that directly lead to Lake Winnipeg,” said Darren Keam, industry partner with the East Interlake Conservation District.

The East Interlake Conservation District’s project will study wastewater irrigation as an alternative to depositing wastewater in waterways leading to Lake Winnipeg, helping to reduce nitrogen and phosphorous loading into Lake Winnipeg. Other projects supported through the Lake Winnipeg Basin Initiative’s second round included the Cornerstone Agri-Environmental Group Plan Committee’s project to provide education on practices that will reduce agricultural inputs of phosphorous and nitrogen and improve water quality in Moose Mountain, Saskatchewan.

Letters of intent for the next round of stewardship projects to be funded under the Lake Winnipeg Basin Initiative will be accepted until October 1, 2009.