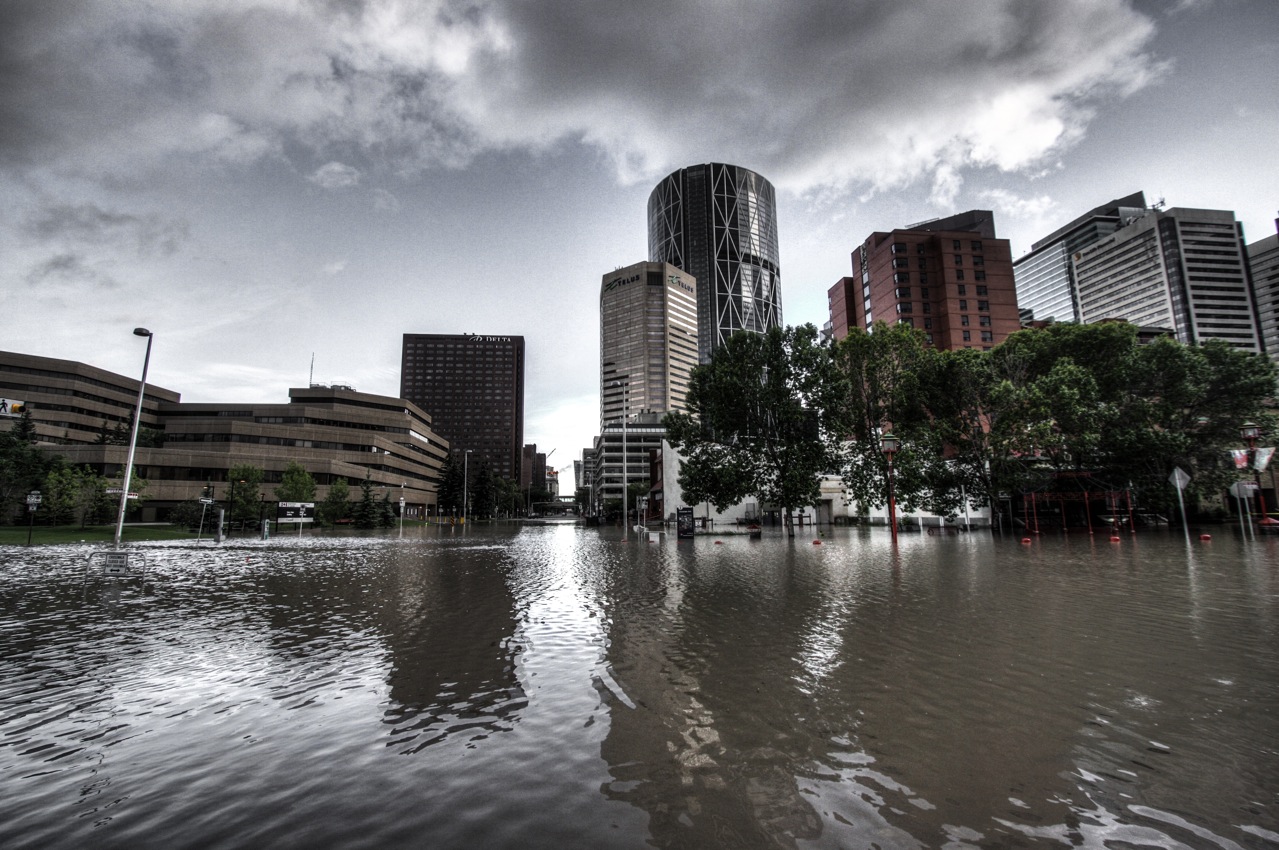 Five Canadian cities will have portions of their asphalt roads ripped up and replaced with permeable brick and gravel this summer in an effort to curb the effects of flash flooding.

The University of Waterloo, along with insurer Intact Financial Corporation, has announced a 20-project initiative to help communities weather extreme storms resulting from climate change. Five of these projects will be depavement initiatives in Calgary, Mississauga, Peterborough, Kingston, and Ottawa. Intact is providing $700,000 of funding, $75,000 of which will be designated for depaving a total of at least 250 square metres in the five cities.

Other projects include the construction of temporary rainfall holding tanks, restoration of urban wetlands, and home audits in Calgary so that properties can be flood-proofed. The effectiveness of each measure will be monitored to determine whether it should be adopted more widely.

As torrential rains and floods become more common, modern communities need to find innovative ways of mitigating the destruction of heavy storms. Concrete and pavement prevent excess water from being absorbed by topsoil, one of the main factors in the severe floods that hit Toronto and Calgary last summer. “Cities used to be fields and forests, and now increasingly, we’re making them impervious to high-intensity rain,” said Blair Feltmate, a University of Waterloo professor involved in implementing the initiative.

Insurers also feel the burden of flood damage, having seen a dramatic increase in weather-related payouts in recent years. According to the Insurance Bureau of Canada, claims related to catastrophic weather have been more than $1 billion every year since 2009. Flooding and extreme weather also cost $3.2 billion in claims by property owners from Toronto and Calgary last summer.

“These projects ultimately aim at calculating the return on investment for various forms of adaptation initiatives that should be deployed … across Canada to de-risk cities relative to flooding,” he said.