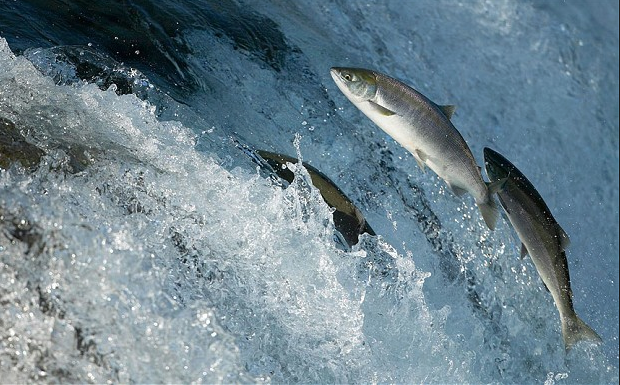 A new report calling on the government to make changes to the Fisheries Act is gaining support among a large number of Canadian scientists, First Nations groups, fisheries and environmental organizations.

Over fifty individuals and groups have signed a letter to Fisheries and Oceans Minister Hunter Tootoo in support of its recommendations to restore lost habitat protections and modernize the 150-year-old legislation. The report is a direct response to Prime Minister Justin Trudeau’s mandate letter to the Minister of Fisheries and Oceans tasking the ministry to to do just that.

“It’s a huge relief to see the Minister’s mandate direct from the Prime Minister is to ensure that fisheries and their habitat remain healthy for future generations. The federal government can act now to put the guts back into the Fisheries Act by restoring full habitat protection,” Nowlan said.

Recent analysis conducted by law professor Martin Olszynski indicated that the Fisheries Act is “an area of law in need of serious reconsideration,” and a 2012 report by the Royal Society of Canada stated that the Act is “an insufficient statutory tool to enable Canada to fulfill many obligations to sustain marine biodiversity and requires extensive revision or replacement.”

“We’re hoping the government immediately repeals the current habitat protection clause so that it is worded the way it was before,” said Nowlan. “Since there is such broad public support [for habitat protection], we don’t think there is any need for public consultation on that. Then, we would like to see the Minister initiate an in-depth public consultation process on the modernization of the Act.” Nowlen said this study and consultation process could be achieved by the Parliamentary Standing Committee on Fisheries and Oceans.

“Recent research makes clear that DFO’s current approach does not really reflect the language of the 2012 amendments anyway, especially the introduction of what is known as the ‘fisheries’ requirement. All that language does, then, is create uncertainty and contribute to proponent notions that the Act is no longer relevant—a sort of “Wild West” insofar as Canada’s lakes and rivers are concerned,” said Olszynski.

“In the longer term, however, I think it would be a missed opportunity to simply revert to the previous regime, which was also badly flawed. The entire Fisheries Act needs genuine modernization, and the habitat provisions should be a part of that. We have learned a tonne about environmental regulation in the past twenty years—these lessons should be applied to bring the Fisheries Act into the 21st century,” he said.

Nowlan and a delegation including, Nikki Skuce of Northern Confluence; Marilyn Slett, Chief Councillor of the Heiltsuk Tribal Council; and Professor Stephen Cooke from Carelton University will present their findings to Minister Tootoo on April 11th.