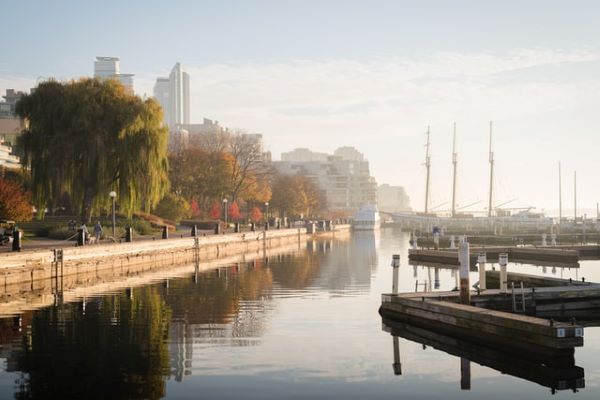 Water is one of the essentials of life, and a safe and secure water supply is critical for human health, the environment and the economy. The Government of Canada is protecting freshwater across the country, including the Great Lakes, by collaborating with partners to keep water safe, clean, and well managed.

Julie Dabrusin, Parliamentary Secretary to the Minister of Natural Resources and to the Minister of Environment and Climate Change, alongside Paula Fletcher, Councillor for Ward 14 Toronto-Danforth, and member of the Executive Committee and Board of Directors for Toronto and Region Conservation Authority, celebrated progress made to restore fish and wildlife habitat in the Toronto and Region Area of Concern, with the support of $202,998 in funding under the Great Lakes Protection Initiative.

To date, three Common Tern nesting rafts have been constructed and deployed at Tommy Thompson Park and Toronto Islands, and a custom beaver baffle was designed to mitigate damming activity. As part of this project, the Toronto and Region Conservation Authority project will also monitor the fish community, protect turtle nests, manage phragmites (an invasive species) and promote community engagement. This work will further advance restoration efforts in the Toronto and Region Area of Concern.

This project is one of 32 projects totalling $3.1 million over three years, under the Great Lakes Protection Initiative announced by the Minister of Environment and Climate Change in December 2021. These projects will advance priorities in the Great Lakes, such as restoring Areas of Concern, preventing toxic and nuisance algae, and enhancing engagement with Indigenous Peoples and the public.

“As we celebrate Earth Day, we reiterate the Government of Canada’s commitment to protect the Great Lakes, including by advancing efforts to restore water quality and ecosystem health in the Toronto and Region Area of Concern, so that generations to come can continue to enjoy these resources. By supporting local initiatives, we continue to make progress and deliver on Canada’s commitments under the Great Lakes Water Quality Agreement.”– Julie Dabrusin, Parliamentary Secretary to the Minister of Natural Resources and to the Minister of Environment and Climate Change