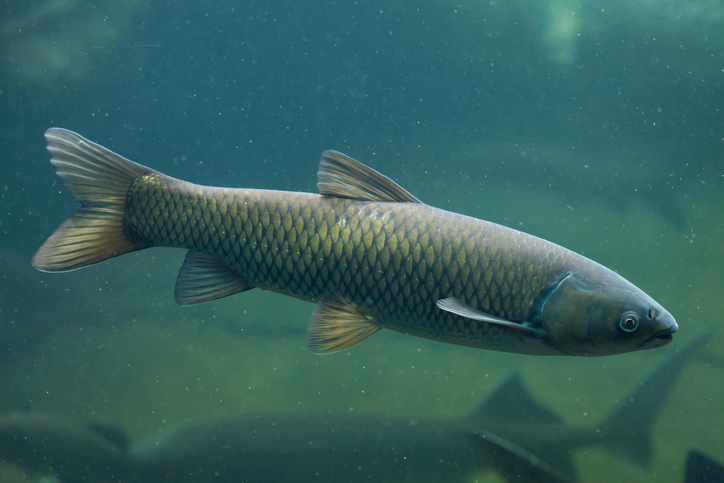 The fate and ecosystem integrity of the Great Lakes Basin is more dubious than ever now that decision makers in the U.S. are weakening measures to address Asian carp.

The problem of Asian carp infiltrating the Great Lakes has escalated recently with the delay of Chicago-area defense measures and budget cuts within the U.S. Environmental Protection Agency. At the same time, the presence of grass carp has been confirmed in the St. Lawrence and its tributaries ..

Here’s a summary of the good, bad, and the ugly Asian carp:

Chicago and the U.S. Army Corps

On February 28th, the Trump administration halted the release of a report from the U.S. Army Corps of Engineers that would have delivered analysis and recommendations for upgrades to several dams, locks, and electrical barriers used to repel the species in the Illinois area.

There is dispute between the states of Michigan and Illinois and Indiana. The former has advocated for electrical barriers to prevent further incursion of the carp while the latter two states believe such action would disrupt cargo shipping.

Allen Marshall, a spokesman for the Engineers Corps, told the Associated Press that the comprehensive study that had been years in development was poised “to address things like the range of diverse ecosystems and national economies that could be impacted by outcomes of the study.”

Sixteen Republicans in the U.S. Congress, mostly from Illinois and Indiana, requested that the Trump administration delay the Army Corps study. Michigan Democratic Senator, Debbie Stabenow, called the decision “alarming” according to the AP.

Quebec’s Ministère des Forêts, de la Faune et des Parcs (Ministry of Forests, Wildlife and Parks) has confirmed the presence of grass carp in the St. Lawrence and some of its tributaries.

Through environmental DNA analyses, the MFFP confirmed the presence of grass carp. The study was conducted jointly with the genetics laboratory of Dr. Louis Bernatchez of Université Laval. The CBC reported that of 110 site tests from 2015 through 2016, the Ministry found grass carp in 16 spots within the St. Lawrence.

In response, the Ministry has stated that it will establish practices for cleaning small boats and the management of water in fishponds. It will also more actively manage dams and fishways to limit the grass carp propagation. As of April 1st, the province will also have new regulations concerning baitfish in place. Baitfish are considered vectors “vectors for the introduction and propagation of pathogens and aquatic invasive species, including Asian carps,” said the province in a press release.

See also  Connected in the Country

In his State of the State address, Michigan Governor Rick Snyder announced an international crowdsourcing challenge to source innovative solutions to the problem of invasive species. “Invasive carp, one of the greatest threats to our state. We need to do more. We’ve invested resources, but we need to catalyze all the Great Lake states on doing more, and our nation,” said Snyder.

The website, MI.gov/carpchallenge, outlines the tentative plan that desires to protect the $7 billion fishing industry in the Great Lakes, along with the preservation of water recreation and defence of the largest freshwater ecosystem in the world. Using $1 million in state funding, Michigan will continue to develop the program, which invites the submission of “new and innovative solutions” that are “at any stage of development.”