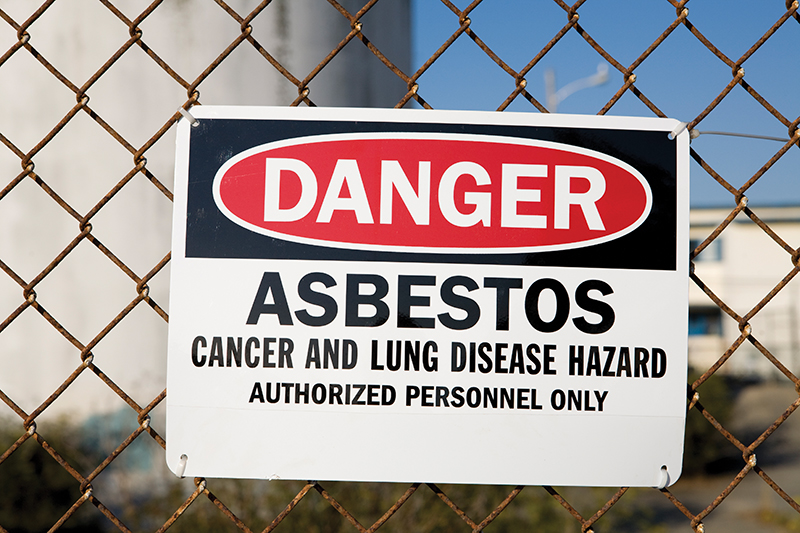 For millions of Canadians, getting a drink of water from the tap or taking a shower doesn’t involve any second-guessing. The assumption is the water is clean and safe. What most Canadians don’t know is that for decades asbestos cement (AC) water mains were installed in communities from coast-to-coast-to-coast. Legislation was passed in the United States of America three decades ago to regulate asbestos in water. Health Canada maintains there is no evidence that ingested asbestos is hazardous.

Asbestos cement had become popular as a water pipe material back in the 1930’s and 40s. The pipes were cheap to produce, and at the time, thought to be resistant to internal and external corrosion. They can contain up to 20 per cent asbestos. Studies put the length of AC pipe installed in North America at close to a million kilometers. The pipes are used in communities from Baie Verte, Newfoundland to Surrey, British Columbia.

The issue of asbestos in water first came to light in the late 1960s. The Reserve Mining Company had been dumping iron ore tailings into Lake Superior daily for close to two decades. The newly formed Environmental Protection Agency (EPA) found that high concentrations of asbestos fibers had been discovered in the drinking water of Duluth, Minnesota. Following a landmark two-year court trial, the mining giant was ordered to stop dumping its waste into Lake Superior. What followed was an extensive investigation into asbestos in water and asbestos cement water pipes in America.

A 1979 EPA study found that “as many as 68.5 per cent of the U.S. water systems carry water which is potentially capable of eroding asbestos-cement Type 1 pipe.” It went on to state: “If A/C pipe is used, there exists the potential for consumers to be exposed to significant concentrations of asbestos in their drinking water.”

In 1980, the EPA produced a study entitled Ambient Water Quality Criteria for Asbestos. In part it reads “Asbestos is a known carcinogen when inhaled. The demonstrated ability of asbestos to induce malignant tumors in different animal  tissues, the passage of ingested fibers through the gastrointestinal mucosa,  and the extensive human epidemiological evidence for excess peritoneal, gastrointestinal, and other extra-pulmonary cancer as a result of asbestos exposure suggests that asbestos is likely to be a human carcinogen when ingested.”

In 1974, Congress passed the Safe Water Drinking Act. The regulation for asbestos became effective in 1992. With that came an enforceable regulation for asbestos, called a Maximum Contaminant Level (MCL), set at seven-million-fibers-per-litre of water (MFL). An EPA document entitled National Primary Drinking Water Regulations—Asbestos says the long-term health effects of ingesting asbestos are “lung disease, cancer.”  The paper goes on to say that if the asbestos in the water supply exceeds the MCL, steps, such as providing alternative drinking water supplies, need to be taken to “prevent serious risks to public health.” Asbestos cement pipes are listed in the document as a main cause of asbestos in water.

Another EPA document says the MCL was set at seven-MFL “to protect  against cancer.”

“The use of AC pipe was largely discontinued in North America in the late 1970s due to health concerns associated with the manufacturing process of AC pipes and the possible release of asbestos fibres from deteriorated pipes,” reads the 2008 study Asbestos Cement Water Mains: History, Current State,  and Future Planning.

Virtually all the NRC studies refer to asbestos in the water as a “health concern.” One report, entitled Bacteriological challenges to asbestos cement water distribution pipelines, goes even further: “Severely deteriorated AC pipes also released asbestos fiber into the drinking water and could pose a hazard of malignant tumors of the gastrointestinal tract and other organs in consumers.”

The 2010 report goes on to say “These AC pipes were laid down before the potential environmental, social, and health impacts were recognized and evaluated. In recent years, problems with AC have gradually become significant including increases in the number of pipe breaks and failure.”

Health Canada maintains there are no health concerns associated with drinking asbestos. “There is no consistent, convincing evidence that ingested asbestos is hazardous. There is, therefore, no need to establish a maximum acceptable concentration (MAC) for asbestos in drinking water,” according to the Guidelines for Canadian Drinking Water Quality: Guideline Technical Document.

In an email exchange, spokesman Andre Gagnon says although the Health Canada guidelines were published in 1989, a recent review found that “there is little evidence suggesting a casual relationship between asbestos ingestion and cancer.” Gagnon, a communications advisor with Health Canada, declined a request for an interview.

As asbestos cement water pipes continue to age and deteriorate, they are beginning to attract attention from around the world. One of the more blunt assessments, Possible health risks from asbestos in drinking water, comes from Italy following the discovery of asbestos fibers in the water supply of Tuscany.

“In conclusion, several findings suggest that health risks from asbestos could not exclusively derive from inhalation of fibers,” reads the 2016 study. “Health hazards might also be present after ingestion, mainly after daily ingestion of drinking water for long periods.”

The report goes on to caution that prompt action is required. “The precautionary principle should impose all possible efforts in order to revise health policies concerning this topic, and a systematic monitoring of drinking water to quantify the presence of asbestos is certainly needed in all regions. Further epidemiological studies aimed to the identification of exposed communities and to an adequate health risk assessment in their specific geographical regions are urgently needed.”

Canada and the United States have hundreds of thousands of kilometers of old asbestos cement water mains delivering water to millions of users, and two very different approaches to dealing with the issue.

This article was written by Julian Branch, a journalist and professional communicator with four decades of experience, for the March/April 2021 issue of Water Canada.