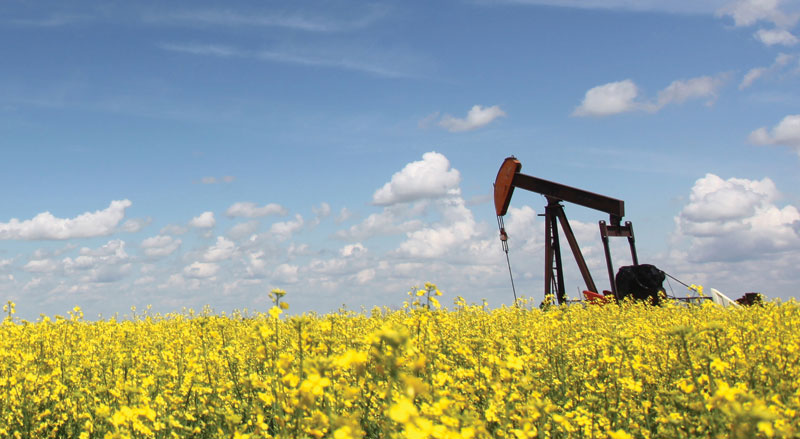 Saskatchewan’s economy has been growing at a feverish pace the past few years on the pillars of agriculture, mining, and oil-and-gas development. Although growth has recently settled at more sustainable levels, recent discussion in the province has centred around how to best use water resources in future development. This is an ongoing discussion in jurisdictions in Canada where both agriculture and natural resource development coexist, most prominently British Columbia, Alberta, Ontario, and Quebec.

The agriculture sector is traditionally the largest user of water in Saskatchewan, particularly for irrigation in the West Central region of the province around Lake Diefenbaker. By some estimates, there is the potential to expand as much as 500,000 additional acres of land to irrigation around the lake. The Government of Saskatchewan views this expansion as a major opportunity for economic growth and to attract investment. There are a number of irrigation districts in Saskatchewan that are administered by the Ministry of Agriculture under The Irrigation Act, 1996.

Saskatchewan has been mining natural resources for many years but recent multibillion-dollar expansions and greenfield projects have raised the profile of mining in the province. The most established resources are uranium in the north and potash in the south.

The potash-producing region in Saskatchewan directly overlaps prime agricultural land as well as considerable oil-and-gas reserves. There are two methods to mine potash: solution mining and conventional shaft mining. The solution-mining process involves the construction of a well field composed of at least two drill holes—one to send hot water down to the potash-bearing zones of rock, and another to bring the potash-laden brine up to the surface after percolating in an underground cavern.

Solution mining uses vast quantities of water. Currently, Vale proposes to build a 70-kilometre water pipeline to Katepwa Lake in the Qu’Appelle Valley to pump more than 40 million litres per day for their Kronau project (the equivalent of 15 Olympic-sized swimming pools). K+S Potash Canada is currently building a new solution potash mine and is planning on using up to 60 million litres of water per day. Different regulations in Saskatchewan apply depending on whether the water comes from the surface or the ground, the type of mining (for potash, solution or conventional), and the location (uranium in the north is regulated differently than potash in the south).

The oil-and-gas industry in Saskatchewan has experienced rapid growth recently due largely to continued expansion of the use of hydraulic fracturing (or fracking), which involves pumping pressurized water underground to fracture rock to extract oil or gas. There were 3,200 horizontally fracked wells sunk in Saskatchewan from 1990 to 2013. On average, there are about 3,000 new oil wells (both vertical and horizontal) drilled in Saskatchewan each year. Any fresh water to be used in Saskatchewan for fracking is subject to appropriate approvals from various provincial water agencies. Residual fracking fluids are recycled and disposed of at provincially approved waste processing facilities or stored. The discharge or storage of used fluids into the surface environment is prohibited in Saskatchewan.

The risk of water availability for farmers, miners, and oil-and-gas companies is becoming evident. Water supply agreements between miners and water suppliers, like SaskWater or a municipality, are becoming increasingly difficult to negotiate. The water supply agreement is a critical agreement to provide a certain amount of water at a set price. There are very significant risks for potash solution mines, which use water to operate if water supply is curtailed or discontinued. Oil companies are having to travel further and pay more for water for fracking. Intensive livestock and increased spraying (which uses fresh water) in Saskatchewan are also putting pressure on water supplies.

Western Potash Corp.’s new potash mine in Milestone, Saskatchewan recently received environmental assessment approval for the facility, including the use of City of Regina treated effluent as the industrial water source for its solution mining process. The water is purified to prevent foaming or scaling. This is the first potash mine in the world to use treated water.

It is expected the discussion between farmers and extractors of natural resources will continue in Saskatchewan and across Canada, with innovative technologies and agreements providing a way forward.  WC

Chad Eggerman is a partner in the Saskatoon office of Miller Thomson LLP and assists owners and contractors to develop projects in the natural resource industry. This article appears in Water Canada’s July/August 2014 issue.