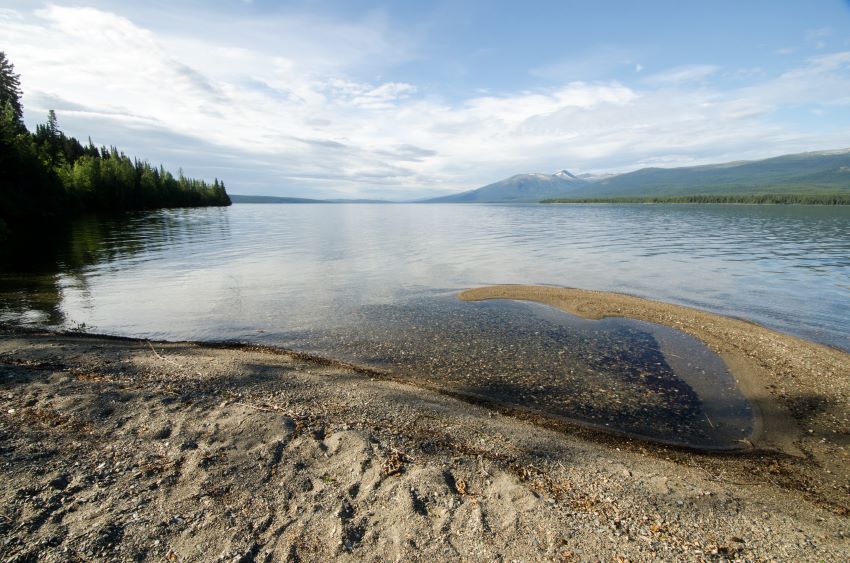 When spring arrived this past year in the town of Hay River, Northwest Territories, residents weren’t ready for what followed. River water levels reaching historic highs from heavy precipitation, winter snow levels, and spring breakup caused tens of millions of dollars in flood damage. One of the worst hit areas was the town’s water treatment plant, which was severely damaged, with reports estimating $10 million in repairs and an additional $20 million for mitigation.

A boil water advisory was issued on May 12 for residents in Hay River, Enterprise, Kakisa and K’atl’odeeche First Nation—an advisory that was in effect for 33 days.

Sadly, this wasn’t the first time that the town and surrounding communities had been placed under these kinds of advisories. In fact, these same communities have been under four separate boil water advisories since 2020.

Even before the most recent flooding, the Town of Hay River was in the process of trying to get its aged water treatment facility replaced. In 2021, the Government of N.W.T. announced funding to put toward a feasibility study for the construction of a new plant. But the cost of the study is just a small piece of the funding challenge that faces towns like Hay River, which at approximately 3,500 residents, is considered a larger hub in northern Canada. For the much smaller communities spread out across extremely remote areas, this kind of task is exponentially more daunting.

Mayor of Hay River Kandis Jameson says while she’s fortunate to reside in a larger northern community and is able to tap into significantly more resources and tax revenue, she “can’t even imagine trying to deal with this issue if you are a small community. We have K’atl’odeeche First Nation who is across the river from us, and we have an agreement with them with our water treatment plant… if they were a standalone, I can’t even imagine how they would deal with some of this. It would be nearly impossible.”

While the Government of Canada has some significant funding programs available for communities in northern Canada, some of them are for shovel-ready projects—an impossibility for many smaller communities. Jameson says that “For most communities that don’t have the capital dollars available, or land available to put down, you’re going to run into roadblocks, and then you lose out on 75 per cent [of government-funded dollars], which is huge to any community.”

Funding for water-related infrastructure for communities in northern Canada has always been a priority, but due to the effects of rapid climate change, it’s become an even bigger necessity.

Rising water levels in lakes around Hay River is a major concern for Jameson.

While smaller, remote communities have several challenges related to managing water infrastructure, larger cities like Yellowknife also have their share of hurdles.

“Between the short construction season and issues with climate change, it’s very costly to replace and maintain infrastructure up here. We have basically a four-month construction work season,” says Wendy Newton, acting director of Public Works and Engineering at the City of Yellowknife.

Thawing permafrost is a major culprit in Yellowknife, impacting underground pipes and affecting the maintenance of the city’s water infrastructure.

“We have areas and grounds that used to be thought of as more stable that are no longer stable,” Newton says, adding that the disruptions can cause pipes to burst or force maintenance crews to service them years earlier than scheduled.

Further east in Iqaluit, the federal government has announced that it will invest $214 million through the Disaster and Mitigation Adaptation Fund to excavate and build a new reservoir next to Lake Geraldine, as well as fund improvements to the city’s water distribution system.

“We’ve had a long-term water supply issue for about six years,” explains Iqaluit mayor Kenny Bell. “We’ve been pumping from a local river into a reservoir because there’s just not enough precipitation during the year. But now our city is growing to a point where our reservoir is becoming too small.”

Once completed, this project is expected to help the city meet future capacity demands, support economic growth, and aid in the mitigation of present and future impacts of climate change.

The funding announcement came quickly after the City submitted its application in October 2021. At the time, there was significant press about the contamination of Iqaluit’s drinking water. The City declared a state of emergency which lasted for close to two months, only to have the issue pop up again a little over a month later. When the complaints first arose in October, the City hired global engineering firm WSP to investigate, where it was discovered that an aged fuel tank had been polluting the water.

The funding came quickly—in only five months—and Bell says the plan for the new project is to fix the city’s water supply for the next 75 years.

“It’s a huge undertaking, and that’s why we have such a large amount of money,” he says. “But we want to make sure that we’re not going to worry about the water supply here for a long time.”

Bell, who is also the president of the Nunavut Association of Municipalities, which represents the 25 different communities within the territory, is currently working with the Government of Nunavut, Nunavut Tunngavik Inc. (NTI), and the Canada Infrastructure Bank on getting a draft MOU created to better understand all of the water-related infrastructure issues throughout the territory.

While the governments of N.W.T. and Nunavut share many similar challenges related to access to remote communities in their respective territories, the Yukon is in a more enviable position.

Most communities there are more accessible than their northern neighbours, which makes managing water infrastructure easier to maintain and service.

“The only fly-in community that we have is Old Crow,” says Craig Van Lankveld, acting manager for Environmental Health Services for the Government of Yukon. “I think the Yukon is fortunate that we don’t have a lot of the difficulties other places in Canada have because we’re so connected.”

While the Yukon has the advantage of being more connected, one area where all three territories struggle is securing qualified skilled workers to operate and manage water treatment plant operations.

“One of the major challenges to ensuring clean drinking water in northern Canada is maintaining adequate staffing levels in the industry,” says Lisa Wiklund, communications and social marketing analyst for Yukon’s Department of Health and Social Services.

Van Lankveld adds that staffing issues do not just exist across the territories, but across the industry as a whole.

“One of the downfalls of that is when you have a water plant that has a lot of treatment, a lot of distribution, and a lot of checks and balances, there is more monitoring that has to go on,” he explains. “Classification and certifications to be able to operate those plants is relatively high, and that’s not always an easy certification to get…sometimes that person is difficult to find.”

In Yellowknife, finding companies to take on projects to maintain the water infrastructure is also extremely challenging. “We have a limited number of construction companies that want to work up here or can work up here, and because of the really short season we generally don’t have the abundance of contractors looking for work the way other municipalities do,” Newton says.

When the City of Yellowknife built a new $30 million water treatment plant in 2015, staff knew finding professionals to operate it would be a big challenge. To help counter that, Newton explains that the city focused part of its investment on hands-off technologies that required less highly skilled people to operate.

Another major hurdle for small communities in the north is a lack of purchasing power. They don’t have the ability to coordinate their purchasing and buy in bulk for greater discounts because many aspects of individual water treatment plants differ significantly from one another.

Between staffing shortages, servicing remote locations, managing plant operations, and sourcing financing for new plants and badly needed upgrades, the governments and people working to keep residents’ drinking water sources safe and secure have many challenges to overcome. And as climate change continues to rapidly affect the landscape of the north, the hurdles that Canada’s territories face are not about to get any easier to navigate.

Andrew Snook is a freelance writer in the Toronto area.

Governments of Canada and Quebec Invest in Water Infrastructure