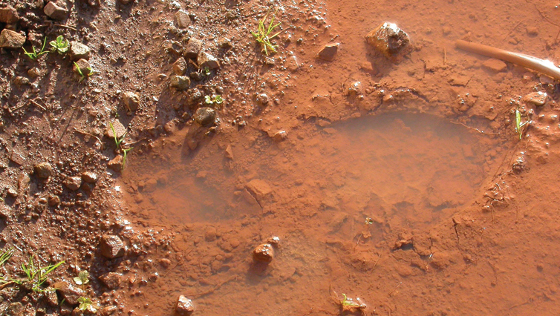 Safe, reliable freshwater—and healthy, productive freshwater ecosystems—are foundations for a strong economy and sustainable communities. But the collective impacts of producing more food and fuel and quenching the thirst of expanding cities and industry are taking their toll on the Earth’s rivers, lakes and wetlands—including Canada’s.

Canada’s Rivers at Risk: Environmental Flows and Canada’s Freshwater Future, a recent report by World Wildlife Fund (WWF), examined how these impacts are affecting 10 of the country’s most important rivers. It found that, despite our position as one of the world’s water wealthy nations, Canada’s rivers and the freshwater flowing through them are under growing pressure.

The report highlighted the need to protect and restore the natural flow of freshwater as a foundation of water security. For solutions, we must also turn our attention to the flow of water through our economy and to how these two streams interact. Water footprinting provides an approach for understanding these interactions, and for business and industry to understand their exposure to risks related to water security.

According to Rob de Loë, professor and research chair in water policy and governance at the University of Waterloo, “Water security exists when sufficient water of good quality is available for social, economic and cultural uses while, at the same time, adequate water is available to sustain and enhance important ecosystem functions.” As climate change impacts intensify, demand for water grows and action to protect and restore nature’s water needs takes hold, business and industry around the world are coming to grips with growing issues of diminishing water security—often suddenly and unexpectedly.

A December 2009 article in the Financial Times warned, “Water shortages could affect agricultural production and manufacturing processes and regulation could increase prices and limit the volume of water available.” These things are already happening. Anglo American, one of the world’s largest mining groups, has had some difficulty developing a rich seam of platinum in South Africa due to a lack of fresh water. In South Africa, SABMiller, the world’s second largest beer retailer, was forced to halt production at one of its plants in 2007 due to water shortages.

Here in Canada, a moratorium has been placed on water withdrawals from a number of prairie rivers—the Bow, the Oldman and the South Saskatchewan—to protect them from drying up. And a new water management framework under development for the lower Athabasca River will place tighter limits on the amount of water that can be withdrawn from the river to support the world’s largest energy project, the Alberta oil sands.

The article in the Financial Times also noted that “[Water] is an issue on which businesses need far greater levels of awareness and understanding.” Efforts on this front are also well underway. A chorus of reports and publications on water and business risk have emerged over the past few years from groups such as JP Morgan, the Pacific Institute and WWF. All recognize that water risk is a multi-dimensional challenge involving physical, regulatory, reputational and financial risks.

Early efforts by business and industry to understand and assess these risks have tended to focus on their operational water footprint—on the implications of local or regional water issues for local production facilities. But in a world of globalized trade, supply chains for most products reach across continents and often stretch around the planet. The result is a complex web of global interdependence on water resources whereby businesses operating in one watershed—which may be water secure—are (often unknowingly) exposed to risks on the other side of the world. So a business operating in Calgary or Toronto may be exposed to “invisible” water risks that stem from water security problems in the fields, farms and factories around the world from which their inputs to production are sourced. This supply-chain water footprint is much more challenging to trace.

This global interdependence on water resources highlights a critical and often overlooked difference between water and carbon footprints. In the same way that a carbon footprint quantifies the amount of greenhouse gas emissions caused by a product or organization, a water footprint quantifies the amount of water required—both directly in operations and indirectly along supply chains—to produce goods and services.

But there are important differences. When an individual or organization emits greenhouse gases, it adds to the growing global pool accumulating in the planet’s atmosphere—the impacts of which, while maybe different in nature and severity depending on location, are shared around the world. Not so for the impacts of water footprints. The availability of freshwater resources and impact on freshwater ecosystems are much more localized. To understand the full water footprint impacts of a business or product we have to look much closer to the ground—at the many regions or watersheds where a supply chain may touch down.

For example, as a giant scoop of oily sand mined from Alberta’s tar sands moves through extraction, upgrading and refining phases to produce useable product, its impacts on freshwater resources and ecosystems stretch across North America. Extraction processes withdraw and pollute water from the Athabasca River. As the bitumen moves to upgrading facilities near Edmonton, its impacts expand to include the waters of the North Saskatchewan River. And this upgraded product is refined in facilities across North America, including the Great Lakes Basin, further expanding the impacts to include the world’s largest freshwater ecosystem.

This is where the concept and practice of water footprints becomes most powerful, in exposing the invisible risks related to impacts on freshwater ecosystems and dependence on water resources far beyond an operation’s fence line. A recent study by WWF and SABMiller demonstrates how these connections are made, why they matter, and how they relate to ecological and business water risk.

Addressing water footprint impacts and risks is not as simple as adopting or modifying responses developed for carbon. For water footprints, the most effective responses will be improved water management supported by sound public policy that together take into account the water needs of economies, communities and ecosystems at the local or watershed scale. This is the complete opposite of the global management and markets developed to deal with carbon footprints.

As the SABMiller – WWF report notes, “If water footprinting is applied well it can be very useful from a business perspective, helping identify the scale of water use in water-scarce areas and the potential business risks that arise. The key test of a water footprint is whether it helps a business to take better decisions concerning how it manages its plants, how it works with suppliers and how it engages with governments, to reduce business risk and improve environmental sustainability.”

Tony Maas is the director of WWF’s freshwater program.