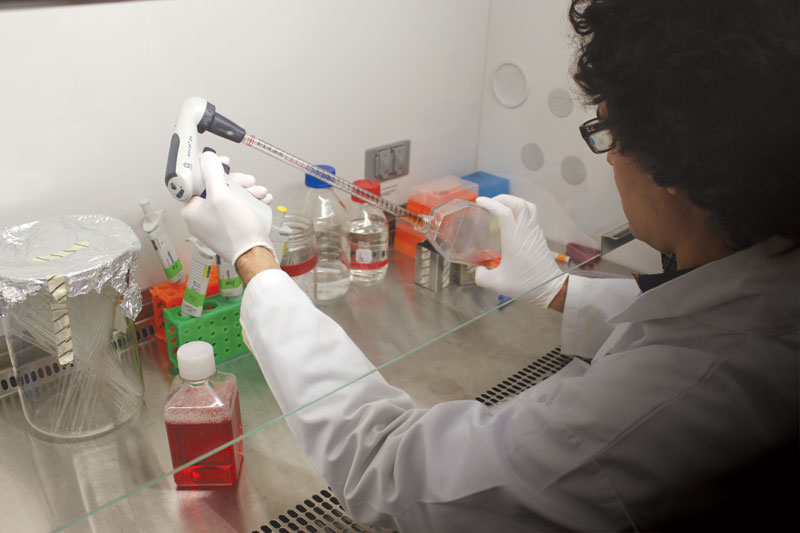 When McGill professor and researcher Viviane Yargeau used to visit wastewater treatment stations to explain her work on controlling contaminants of emerging concern, municipalities were doubtful. With thousands of new compounds out there, did she really expect them to ever have the resources to monitor them all?

But about two years ago, the chemical engineer shifted direction. And now, regulatory agencies and industrial partners are paying close attention to the work of her McGill University lab.

Contaminants of emerging concern (CECs) refer to an array of compounds that have emerged over the past 10 to 20 years and are not yet regulated because their effects on human health are still somewhat unknown. They’re found in pesticides, antibiotics, pharmaceuticals, personal care products, illicit drugs, plasticizers, transformation products, nanomaterials, and much more. Whether through industrial discharge or the flush of a toilet, they end up in our water.

“It’s very tedious to study one compound at a time,” Yargeau said. “You study compound A, and the results say UV treatment is better. Then you study compound B and find ozonation is better. The same conditions may not be optimal for all compounds at the same time. So now, rather than focusing solely on the removal of specific compounds, we’re looking for ways to monitor toxicity of the wastewater. We no longer look at one compound at a time or at target compounds, but at whatever is in the wastewater.”

To do this, researchers are using “bioassays”—essentially algae, enzymes, or mammalian cells—to measure how living things react from being exposed to these compounds. Different bioassays can be used to measure different effects due to different modes of actions, to determine, for example, if a water sample is estrogenic or androgenic, if it causes cell disruption, et cetera.

“Nowadays, there are so many chemicals out there, the wastewater coming into treatment plants is so complex, so unknown, that what you really want to know is the response. That is, how living organisms are being affected,” explained Meghan Marshall, a chemical engineer pursuing her Ph.D. in Yargeau’s lab.

There’s a second big reason for this new approach. Research has shown that, in some cases, when certain compounds are removed (such as through UV treatment or ozonation), they are transformed into products that might be more toxic than the original compounds. “Developing target removal levels for selected compounds might not be the way to go, because maybe these were transformed into more toxic products. As well, this approach is limited to known toxic compounds,” Yargeau said. “Therefore, rather than trying to optimize the treatment sequences to remove selected compounds, we should optimize them to remove toxicity.”

Why focus on wastewater instead of drinking water? “By improving treatment for wastewater, we ensure that anyone who takes that water as a source of drinking water will have a water of higher quality—and we protect the environment at the same time,” Yargeau said. She also noted that, while the impact on human health may still be unclear, the harmful effects on aquatic life and ecosystems have already been clearly demonstrated.

The Ontario Ministry of the Environment and Climate Change recently commissioned Yargeau’s lab to  assess the effectiveness of a suite of cell-based assays to measure the potential toxicity of CECs in wastewater effluent.

“Essentially, these are quick, rapid tools, that are hopefully cost-effective and sensitive enough to assess the presence of CECs in the effluent,” said Monica Nowierski, an aquatic risk assessment scientist with the ministry’s standards development branch.

Funding for the $90,000 project with McGill comes from the Canada-Ontario Agreement Respecting the Great Lakes Basin Ecosystem, known as COA. One of Ontario’s commitments under COA is to promote the reduction of CEC releases, specifically from municipal sewage treatment plants. “To achieve this commitment, the ministry is partnering with academics to get information that will help to direct policy and management initiatives,” Nowierski said.

Yargeau’s lab is also working with Air Liquide Canada, a world leader in gases, technologies, and services for industry and health. The company has been looking into gas-based advanced oxidation technologies to reduce the impact of chemical and biological contaminants in industrial wastewater systems. Impressed by Yargeau’s research in this area, they initiated a joint project with McGill, along with Chris Metcalfe at Trent University, to develop alternate efficient technologies for treating municipal wastewater including ozone. The project is partly supported by NSERC over three years.

“We’d like to develop a solution that will reduce CECs to the lowest possible level, starting by what is expected to be legislated eventually in Europe and North America,” said Michel Epiney, chemical engineer and business development specialist M&E at Air Liquide Canada. “At the same time, we want a solution that will provide toxicity reduction; we want our solution not to generate by-products that could be detrimental.”

While research on using bioassays to monitor toxicity in wastewater is still in the early stages, Yargeau said it marks a change in paradigm that is gaining favour. She notes that a similar approach already exists in wastewater management for organic materials, where biological oxygen demand is used as an indicator.

“Chemical analysis is still important,” Yargeau emphasized. “But if we continue that route alone, one chemical at a time, it will never end.” Not only would this new approach be less costly and more feasible to implement, but “we would be more confident that regardless of what is in the water, we’re not missing anything, because toxicity would be a global indicator of the quality of the wastewater.”  WC

Eve Krakow is a freelance writer based in Montreal. This article appears in Water Canada’s November/December 2014 issue.