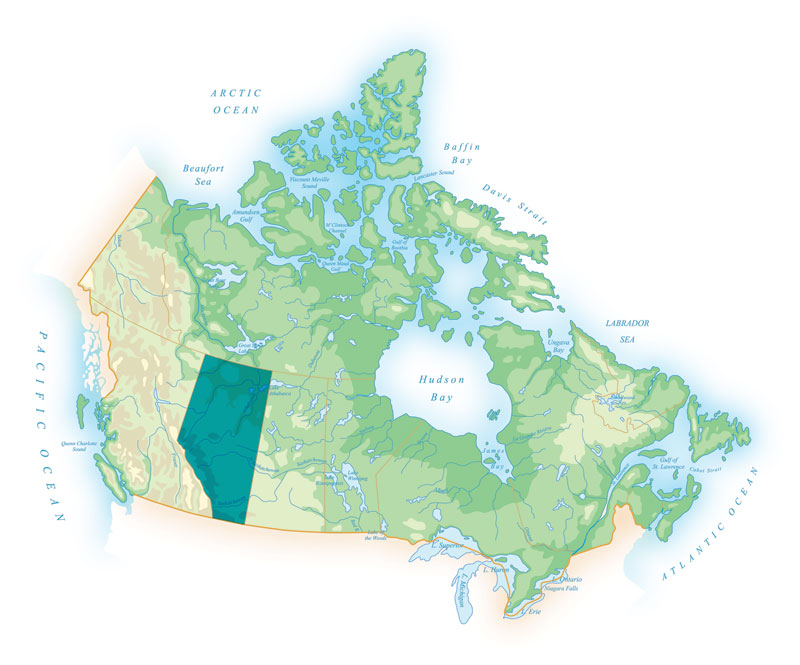 The Government of Alberta has developed plans to manage looming water shortages in central and southern Alberta, but those plans risk leaving First Nations without reliable water supplies.  At the heart of the issue is the unresolved legal question of First Nations’ water rights.

In 1876 and 1877, First Nations in central and southern Alberta entered into Treaties 6 and 7 with Canada. Reserve lands were set aside in fulfillment of a core term of the Treaties with the intention that each First Nations would settle permanently on these. It is self-evident that water supply is a necessity for economic development, housing, schooling, and other uses of reserve lands.

In the late 1800s water use was governed by the common law of water rights. The common law attached the right to use surface and groundwater to the ownership of land to ensure its productivity. Although the Treaties do not expressly mention water rights, the courts have held rights can be read into the Treaties if necessary (for example, to use and benefit from reserve lands).

The absence of legal clarity has not hindered Alberta. In the water scarce central and southern regions of the province, a new regulation has been introduced that asserts that First Nations are required to get a water license from the province to use the water on their lands. If valid, the regulation will ensure that those new permit holders get the lowest priority water licenses ever granted. Licenses under Alberta’s Water Act are administered under the First in Time, First in Right (FITFIR) system. The seniority of licenses is based on the date each license was issued, and during periods of water shortages, senior licenses are entitled to all their water before junior licenses get any water. Nothing in this scheme accounts for the fact that First Nations were here prior to European settlement and used water on their lands well before the first water licenses were ever granted or the scheme was even in place.

Three out of Ten

The practical impact to First Nations is astonishing. According to Alberta’s own water modelling studies, First Nations will get water only three out of every ten years with the water licenses being offered. As a condition to getting one of these effectively useless licenses, Alberta has also tried to cajole First Nations into signing an agreement which prevents them from pursuing their water rights through the courts.

First Nations have rejected Alberta’s so-called solution and have taken steps to govern their own water use on their lands—other solutions are available, possible, and not without precedent. In B.C., provincial water legislation was amended to enable the province to enter into agreements with First Nations. The legislation establishes that the date of First Nation’s water reservation is determined by the negotiation date, instead of being prescribed by the FITFIR provisions.

Alberta conducted a review of its was legislation in the 1990s, during which it came to light that ranchers and farmers throughout the province had significant unlicensed historic water use on their lands, some of which pre-dated the creation of Alberta in 1905. Alberta amended the Water Act to allow ranchers and farmers to register their water use and get priority dates reflecting when their families first used water on their lands.  A similar amendment could accommodate First Nations water use which pre-dates all others in the province.

Both B.C.’s and Alberta’s amendments demonstrate that it’s possible to recognize and respect the reality that First Nations used water prior to anyone else, and that lands are set aside under constitutionally protected Treaties.  Such an approach could also create the legal certainty that First Nations need for economic development and to ensure their communities thrive. Other far more reasonable and amicable solutions are possible—just the political good will towards First Nations seems to be lacking.

Clayton Leonard is a lawyer with JFK Law Corporation. A significant amount of his practice relates to water management and allocation, Treaty and Aboriginal water rights and other water issues facing First Nations and other stakeholders. Clayton was named one of Canada’s Leading Lawyers in The Canadian L’expert Legal Directory in Aboriginal Law and was recognized with the Harris Gillespie Field, Q.C. Prize in Environmental Law in 2002.

Water at the NAFTA Table