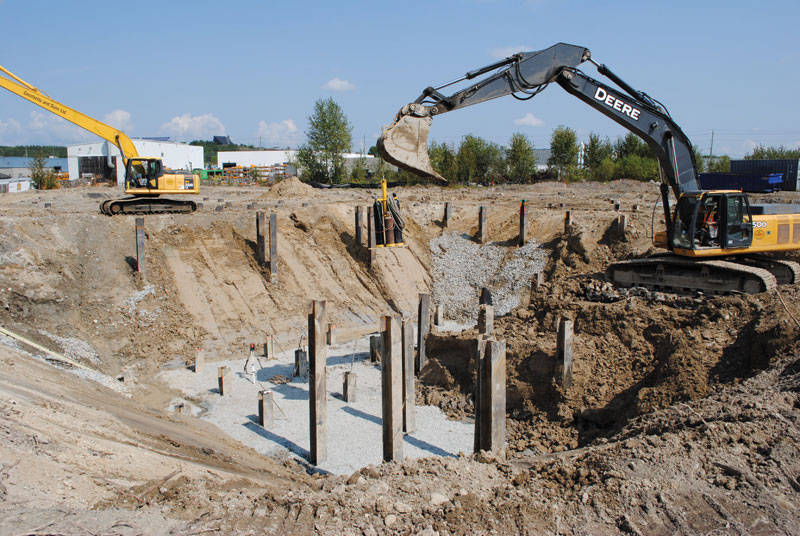 Public-private partnerships (P3s) are still a relatively new concept in Canada, and employing them to deliver water and wastewater projects can be confusing for the general public. But with Regina’s pro-P3 referendum in September 2013, is the public perception of water and wastewater P3s changing?

Looking at current examples from around the country, that certainly seems to be the case. For example, the City of Hamilton is hoping to issue a request for proposals (RFP) for its biosolids project by the first quarter of 2015. The project, which will treat biosolids processed by the city’s wastewater treatment, was generally accepted as a P3.

“I think there is a good understanding that this is not just about funding, but a different procurement model that transfers risk and leverages the ongoing creativity and efficiency believed to be more present in the private sector,” said Kelly Anderson of the Hamilton Public Works Department in an email.  “In our case, the lack of council or community opposition is directly related to open communication between council and staff, which led to a collective understanding as to what P3 funding is and isn’t.”

Another P3 example is the City of Greater Sudbury, which entered into a P3 agreement with N-Viro, a Canadian-owned private consortium selected to design, build, finance, operate, and maintain (DBFOM) the facility. The city chose a P3 model for its biosolids management facility due largely to a lack of experience in the treatment of sludge. “The ability to transfer the construction and operating risks in an area where the city had no expertise made sense for the community,” said Paddy Buchanen, Greater Sudbury’s manager of accounting and deputy treasurer. Although the Sudbury project did face opposition from the unions, Buchanen said the protest died down after a few months, as the advantages of the P3 became more apparent.

Both of these projects follow the 2011 completion of the Lac la Biche Nutrient Removal Wastewater Treatment Facility in Alberta, and join projects in Kananaskis Country, Victoria, and Saint John, New Brunswick as examples of P3s being used across the country to fund water and wastewater projects.

While most of these projects have avoided controversy, Regina’s referendum is a reminder that water P3s are still a sensitive issue.

Regina deputy city manager Brent Sjoberg said the P3 process gave the city a chance to work with experienced contractors from North America and abroad. The city was also attracted to the potential for innovation offered by P3s and the chance to work with a single consortium over the lifespan of the plant.

Opposition leaders, including CUPE Saskatchewan and Regina Water Watch, saw the proposed plan as a step toward the privatization of water, and worried that a P3 would cost the taxpayer significantly more than a traditional procurement method.

On September 25, 2013, just over 49,000 Regina residents went to the polls, with 57 per cent voting to proceed with the P3, and 43 per cent voting for a traditional procurement process.

Following the vote, the city resumed the P3 procurement process, which had been paused pending the result. Shovels are now in the ground in Regina, and Sjoberg said the plant will be completed by December 31, 2016.

For CEO of PPP Canada John McBride, dispelling rumours and clearly presenting facts is the best way for municipalities to earn public support for water and wastewater P3s.

“If you went back 10 years ago in the health care sector, it was the same type of misinformation,” McBride said. “People thought P3s for hospitals would mean the Americanization of the Canadian health care system. They thought you’d have to bring your credit card to the hospital. That kind of stuff has been proven not to be true, and as people begin to see P3 water projects come on stream, what they’ll find is they’re [being] delivered on time and on budget, and they’re just better value for taxpayers.”

McBride said he hopes the Regina referendum will help to move the national conversation away from P3s and toward more pressing questions: Is the project necessary? Can the municipality afford it? What is the most effective method of delivering it?

He contrasted Regina’s referendum with Saint John, New Brunswick’s Safe Clean Drinking Water project, a massive DBFOM project that has largely avoided controversy. “In the case of Saint John […] there’s no controversy at all,” McBride said. “In Saint John, they’re frequently under boil-water advisories, they put a significant amount of chlorine in their water; the project is needed! The debate is only about what’s the most cost effective way of delivering it.”

The Saint John Safe Clean Drinking Water project will include the construction of a 100-million-litres-per-day drinking water treatment plant, three new 11-million-litre storage reservoirs, and a number of other water transmission system upgrades. Although the official cost of the project won’t be determined until a private partner has been found, it has been estimated at $220 million.

In an email, a representative from the City of Saint John said that “an extensive business case” […] “clearly demonstrated that the private-public partnership approach is less costly, less risky, and will yield lower water rates in future years with the capital cost sharing that is available, and result in a substantially lower debt load for the Water and Sewerage Utility.”

Although voices of concern have been heard in Saint John, including that of Paul Groody, the former commissioner of Saint John Water, who called pursuing a P3 a “costly, wasteful, avoidable mistake,” reception to the model has been widely positive, and may represent a turning point in public perception.

See also  Message in a Bottle

“There’s starting to be a critical mass of projects, so people can’t say it doesn’t work well,” McBride said. “P3 is going to be a significant delivery option for water and wastewater. It’s going to be another tool in the tool box for delivering water projects.”  WC